Review: J.I.D.’s “DiCaprio 2” Serves Up A Creative Cocktail Of Rapping 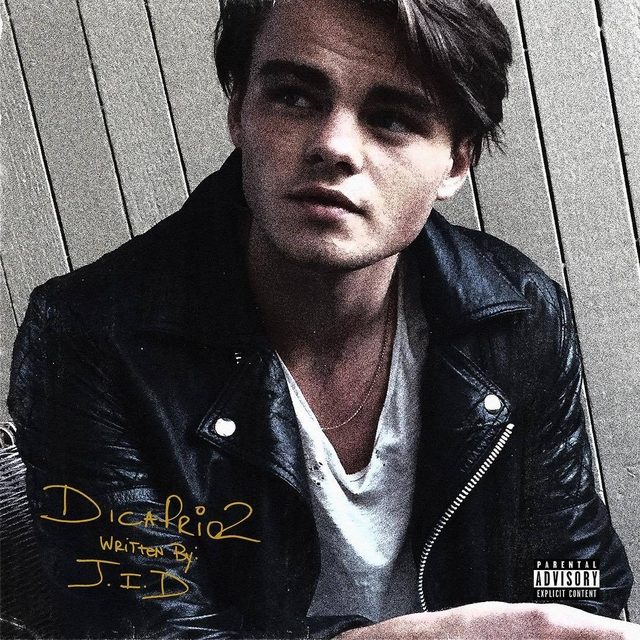 Earlier this year, J. Cole closed out his puffed-up “Album of the Year (Freestyle)” by spitting, “Before I had a deal I was givin’ niggas hell/Now I’m givin’ niggas deals and they givin’ niggas hell.” Those hell givers he references are none other than his dynasty-driven Dreamville label and one artist in particular that Lightskin Jermaine claims is “next up to bat” is J.I.D. or as Cole calls him “Jiddy-J.I.D.”

J.I.D. is far from a brand new-comer as he’s delivered a handful of mixtapes before inking a deal and already dropped his Dreamville debut album The Never Story in early 2017. By all accounts, the project was praised by all for its top-tier rhyming and served as an antidote to the mumble rap-mania taking place 18 months ago. What held it back though was it’s the fact that it followed J. Cole’s conscious recluse blueprint too closely and J.I.D felt simply like a mini Jermaine.

DiCaprio 2 is different though – and not just because it’s narrated by ATLegend DJ Drama. The 14-track album keeps all the commended technical framework of The Never Story but elevates the delivery and songwriting to a point where he sounds completely like his own man with his own plan. The beats and tempo are contemporary enough to be catchy but the intricate rapping and tonal flow are different enough to keep listeners on the edge of their seats.

To set said tone and let folks know he hasn’t gotten soft since cashing those Dreamville cheques, J.I.D raps with cutthroat conviction on album opener “Slick Talk.” The clue is in the name as he dishes out quick-witted bars like the declarative “Splish splash, drawing scenes from my dim lit past/Dimwit, pimp shit, syndicate with the pen grip/Ripping shit, intimate, infinite rhyme kicking, l-l-let’s begin/Who’s your list? Your top 10? You can say whoever better than/I’m ready now, I was ready then, I was headed down the aisle.”

That pseudo-slapper then spills into the A$AP Ferg-assisted “Westbrook” which is a goes absolutely nuclear. Heavy horns and piercing keys provided by Christo unleash J.I.D.’s vicious verses and Ferg’s chorus equipped top to bottom with the perfect amount of “HOO HOO HOOs.” If listeners need more dizzying bars about flexing and flossing “Off Deez” featuring J. Cole and lead single “151 Rum” deliver them by the boatload. The songs are exciting, pulse pumping and start the album with tangible proof that J.I.D. can rap his ass off. Period.

“Off da Zoinkys” serves as a tipping point where the album gets a little more soulful and insightful showcasing his noticeable diversity as a songwriter. He puts down his pen loaded with bravado and picks up feathered quill of vulnerability that kicks off verses with lines like “Y’all niggas need to lay off the drugs/Some of y’all need to lay off the dope.” “Workin Out” is another modest track that brings listeners up to speed on the trying times that J.I.D. has fallen on despite checking off all boxes on the new rapper checklist: fame, fortune and the ability to flex.

More woes are put on blast with the female-focused “Skrawberries” where J.I.D. details his pain and pleasure with the fairer sex all while throwing out screwface punchlines like “She had a man who used to beat her so she told me she wanted out/Got a couple abortions, now that pussy’s a haunted house.” However, if there is one nit to pick on this album it’s on 6LACK and Ella Mai-featured “Tiiied” which doesn’t hit as hard as one would have guessed those big three would. It’s a suitable Rap&B cut but nothing that redefines the synergy between both genres.

The album concludes with a string of solo joints that have J.I.D. reflecting on how far he’s come in such a short amount of time. Quick lines like, “Just other day I was broke as a bitch” (“JusttheOther”) and “Had to get out of Atlanta for a little minute/You know that there’s madness in the fucking city” (“Hasta Luego”) give listeners a deeper look into the “gotta make it” mind state of J.I.D. before all his recent successes – to which he’s had many.

As cliché as it sounds, there is something for everyone and their mother on DiCaprio 2. J.I.D. breaks the mold originally set by J. Cole, takes all the best parts and mixes them with his own distinctive practice and pitch that work seamlessly with the array of trap and soulful beats (Thanks Christo and company).