Review: Too $hort Keeps His Bounce On “The Pimp Tape” Despite Its Marathon Length 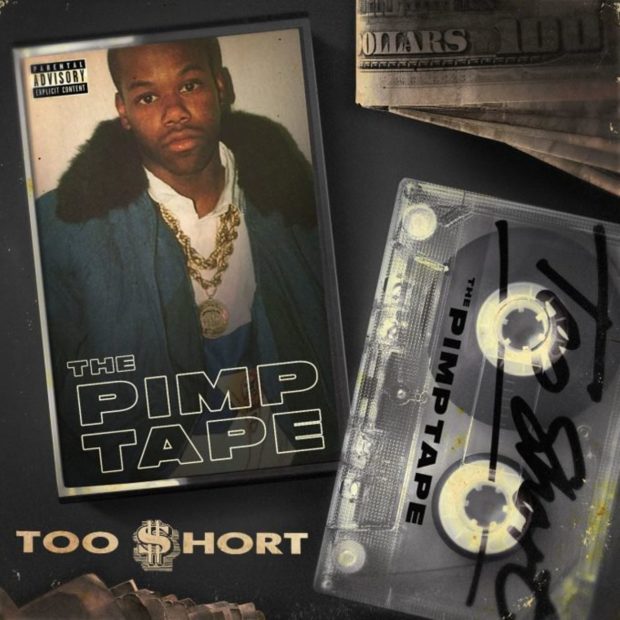 If anyone doesn’t know Too $hort’s illustrious rap game credentials, not to worry. He runs through his gamut of game at length on the opening track to his 19th solo album The Pimp Tape. “Go $hort Dog” is an album opener made for those who either have no idea who Too $hort (not likely) or it’s for those who somehow deny his extensive and extremely influential career (also not likely).

Though he feels the need to talk his shit anyway.

Lines like “15 million, SoundScan/Let me think back, how it began/It was Ice Cube, me and Eazy-E/Produced Kid Rock and took him on tour with me/I worked with B.I.G., worked with 2Pac/With me and Pimp C, pimpin’ don’t stop/Ask JAY-Z, ask T-I-P/Ask-ask Scarface, Bushwick or Willie D/I worked with all them niggas” are amongst an entire three verses of rap résumé reading. But just as the Bay Area legend monotonously lists all his accomplishments within the first four minutes of the album, a similar uneventfulness flows into the next 19 songs.

After “Break a Bitch” — which is filled with enough West Coast pimp talk and simultaneous claps to bring back the hyphy movement — $hort ushers in the hordes of featured guests that bogs down the album almost immediately and turns a solo $hort album into the DJ Khaled version. “Ain’t My Girlfriend” features Ty Dolla $ign, Joyner Lucas, French Montana and Jeremih, which sounds nice enough with Drumma Boy’s catchy production but Too $hort’s voice and verse get lost in the shuffle.

“Give Her Some Money” picks up perfectly where “Break a Bitch” left off as $hort, and $hort alone, details the pinnacle pimp lifestyle as he always has with to the point where hearing references like “ass like a half a horse” and his giving of “that dope dick” feel like hearing from an old friend. But then along comes another string of collaboration chaos that is alright to toe-tap along with but nothing as slick as $hort delivering straight street sermons.

Between “Save All That Love,” “How To Be A Player,” “Pull Yo Trophies” and “Don’t Shoot” there are a whopping nine different featured guests (including E-40, T.I., Mozzy, Mistah F.A.B. etc.), some of which deliver great verses but all of which take time away from $hort being able to further his own pimp chronicles; as one-track minded as it might be.

Further down the album, a similar cycle repeats itself as a flurry of features cluster the tracklist and a few songs later $hort gets to dial in on some solo tracks including the surprisingly intricate and heartfelt album closer “Pop That Pussy”; an ode to the young “black girl lost” who is forced to shake it to keep the lights. It’s actually an interesting way to wrap an album filled top to bottom with pussy popping hymns.

The Pimp Tape has as many songs as Too $hort has albums, which highlights his longevity but certainly not the cohesion of this album. When left to his own pimp-tastic devices, $hort delivers the same old bounce he always has but the number of featured guests clouds the album’s listenability.

Had the Dogg dialed back the tracklist and cut down on employing other rappers’ voices then The Pimp Tape would be amongst one of his best to date.