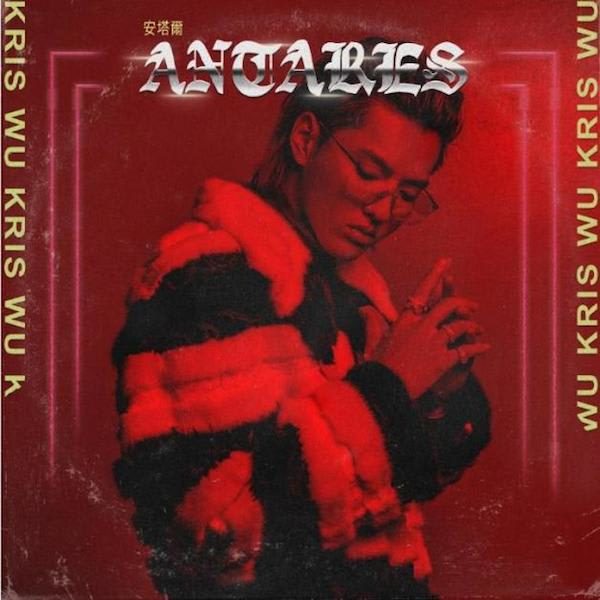 Singer and “rapper” Kris Wu is by no means new to the game. The Internationally recognized performer first shot to fame as part of platinum-selling South Korean boyband Exo in 2013 and has since appeared in some of China’s highest grossing films of all-time. Now Kris is branching out on his own as a solo artist with the release of his highly anticipated debut “Hip Hop” and R&B album, Antares.

The title of the LP translates to “heart of the scorpion,” which is fitting if you consider that he in many ways could be described as an Asian Drake — though he has in the past likened himself to a “Yeezy of the East.” His mix of melodic singing and rapping (which is arguably not as on-point as his singing) is strategically structured for success.

Unlike some artists who drop a debut, the massive global following that Kris has amassed as not only a singer/actor but also a model makes him predictably bankable — as long as he delivers quality. Lucky for him, he does just that, in abundance.

An all-star production cast, including Canadian superproducer-ish Murda Beatz (who crafted the earworm single “November Rain”), as well as WondaGurl and Frank Dukes (who team up for two bangers), help bless this album with soundbeds that rank amongst some of the year’s more well-balanced, viably packaged productions.

However, that formulaic structure is a double-edged sword, as it does little to push the needle at all stateside. What he does do is dope, and Songs like the infectious “Like That” and already buzzing Travis Scott feature “Deserve” are dope enough but overall, merely having two of his songs also be available in another language is solely what actually identifies him as an ambassador (of sorts) of Chinese Hip Hop.

While Drake has mastered the art of mimicking vibes that are on the cusp of bubbling over, Kris simply mimics what’s popping now on U.S. radio, complete with an interchangeable feature from Rich The Kid on “Coupe.” Also, when it comes time to let the bars off, lines like “All these new rappers are fugazzi” and an allusion to being Yao Ming (because you can’t dunk on him) come off as underwhelming.

Still, when Kris falters lyrically (again, he excels further when he’s not rapping), the beats offer a safety net so seamless that a light listener probably won’t notice. There’s nothing classic or timeless about this LP, but if it’s hits you want, it’s hits that “Yeezy of the East” delivers.