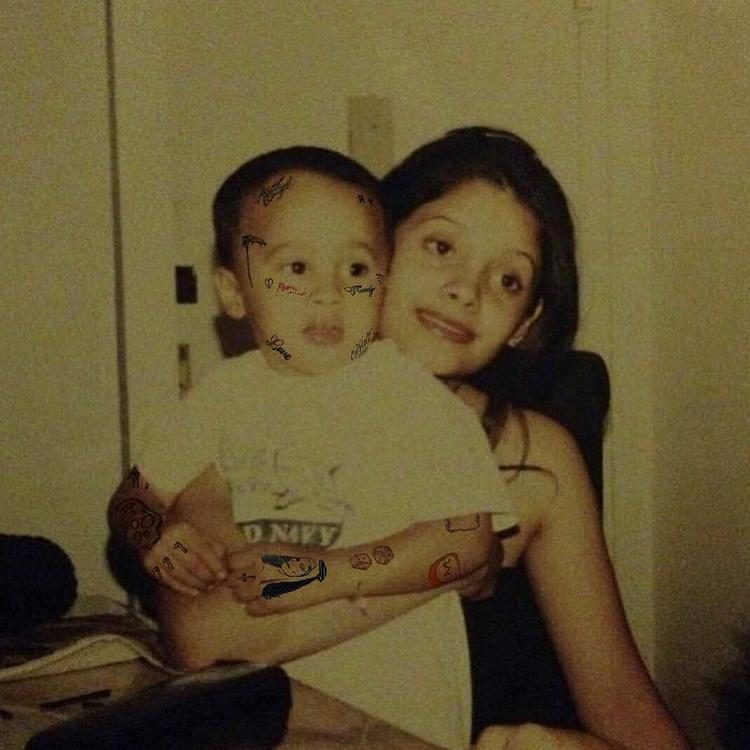 In 2018, there’s no shortage of artists rapping about their sorrows. From the start of his career in 2017, Wifisfuneral has made his struggle with substance abuse the nucleus of his art. But his handful of releases have failed to set him apart from the haze of SoundCloud rappers. On his lethargic EP Leave Me The Fuck Alone, he opens about his recent troubles but yet again, can’t seem to find a working order. The four tracks range from boring to sloppy and tank as a cohesive body of work.

Leave Me The Fuck Alone kicks off with “Alone As A Facetat,” a tribute to Wifisfuneral’s late friend XXXTentacion. On the chorus, he raps, “They took away my dawg/ My heart black, that’s where it stays at.” Despite having some of the best lyrics on the project, the crunchy, slow-paced production makes it feel a bit bland. This sets the tone for the rest of the project; Wifisfuneral doesn’t offer anything but gloom. “Pain” has him sharing suicidal thoughts and opening up about his tumultuous relationship with drugs. From the first verse, he cuts to the root of his issues: “Drown in my sorrow cause I don’t know if I could getcha/ See my mind been feeling gone like I don’t know/ I been poppin’ on Percs like they Tylenols/ When I’m withdrawing, bawling, can’t fight ’em all.” The Palm Beach artist’s lyrics are painfully obvious and lack craftsmanship or imagination. Coupled with his lackadaisical delivery, it often comes off as simply careless.

When Wifisfuneral tries out different musical textures, the results are also mediocre. “Suicide Note” has him sing-rapping in Auto-Tune about being self-destructive. Though this track stands out for being sonically brighter, it fails to be the catchy pop record it clearly wants to be. The chorus sounds like a broken ringtone, demonstrating how sometimes studio wizardry can’t salvage any hook.

Leave Me The Fuck Alone ends with “Ever Seen A Demon,” a decent, somber trap track that’s enhanced by its brevity. He reflects on how materialism hasn’t solved any of his woes with lines like, “Drown inside reality, agony had me different/ Beg to differ, hold up, like, diamonds can’t make me smile.” Unlike the other tracks, the song’s loose structure and minimal beat come off as intentional and help Wifisfuneral illustrate an ominous vibe. However, this closer is merely a glimmer of what could have been.

Leave Me The Fuck Alone is reminiscent to Earl Sweatshirt’s 2015 album I Don’t Like Shit, I Don’t Go Outside in being a succinct cry for help that’s unapologetically depressing. But what’s stopping Wifisfuneral from using these emotions to make a great work of art is his inability to take risks. Ultimately, his candid musings can’t make up for lackluster and insipid music.