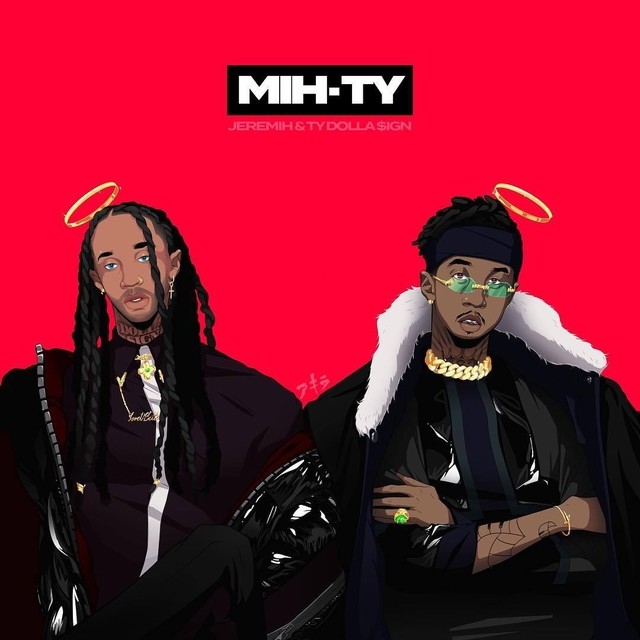 The growing trend of Hip Hop/R&B acts releasing joint projects have historically been hit or miss. Nonetheless, it’s always exciting when we get two artists that truly complement each other’s styles to join forces.

After months of excitement from fans, and a couple false starts in the album rollout, trusted singers Ty Dolla $ign and Jeremih finally drop off their debut joint project MihTy, an 11-track fusion of vintage R&B with contemporary Hip Hop, executive produced by rapper-turned-producer Hitmaka. (Formerly known as Yung Berg in case you were wondering.)

With their reputations solidified, there was a high expectation for the two to deliver one of the year’s best albums. Frankly, MihTy isn’t that, but the duo does successfully deliver a strong pack of records with melodies guaranteed to set the mood. “Perfect Timing,” a slow-paced, smooth jam made for an intimate setting is a great example of that, highlighting why Jeremih and Ty are such an effective combination. The dichotomy of vocal tones between the two makes for an infectious listen. Throughout the album, you get a handful of pure R&B bedroom records, but they sprinkle in a couple grimy “you’re better off with me” joints.

There’s “Goin Thru Some Thangz,” where a psychedelic instrumental allows both Mih and Ty to deliver strong falsettos while explaining why they’re the man to be with. Dolla $ign — in true dirty macking fashion — sings “1-800 Dolla $ign, give you what you like/Leave your nigga, leave your nigga, he is not your type/Only I can get you what you need.”

The features were kept to a minimum, as French Montana was tapped for the summer-vibed “FYT” and Chris Brown and Wiz Khalifa contribute to the club banger “Surrounded.”

Ty and Jeremih on this album are at their strongest on records with vintage sample-based production like “New Level,” (which employs a pretty dope Dru Hill flip) and “The Light,” as Hitmaka loops Keni Burke’s “Rising To The Top.” Dolla $ign and Jeremih putting a modern twist on old-school classics makes for some captivating songs filled with nostalgic vibes.

The redundancy and inconsistency towards the latter part of the album knock the project down a couple notches. The highs of the exceptional vocal showcase the duo put on for the melancholy “These Days,” to the simplicity of a forgettable track like “Lie To Me” throw off the cohesion. You never want to be a few seconds into a song and already know a record won’t be high quality, especially when dealing with versatile artists. A record like “Ride It” that has a generic instrumental and uninteresting verses from each artist leave you feeling a bit disappointed knowing what these guys can deliver.

By the album’s close, it’s evident that a comfort zone (or inconsistent recording process) subsequently lowered the potential of what could have been a special album. With the splices of melodic brilliance, however, it’d be surprising to find someone who’d be mad at another MihTy project down the line.