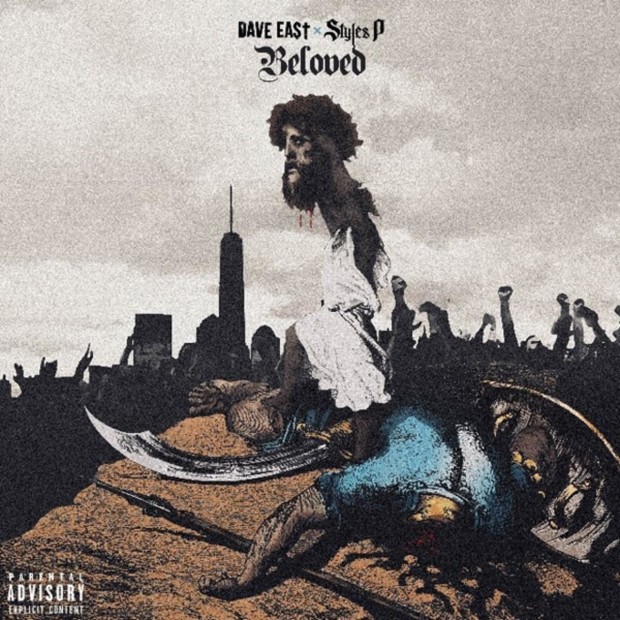 After releasing two stellar mixtapes in 2018, Dave East has completed his Rotten Apple year with a joint album with The LOX’s Styles P. With Beloved, the two artists masterfully bounce off one another to flex their storytelling abilities and are united by an old-school prioritization of sharp lyricism. There’s a timelessness to the subject matter and production. But instead of feeling dated, the project succeeds as a crossover between two generations.

The production on the album is simple and yet lush, oozing with nostalgia for the beats of yesteryear. Things kick off with the title track, a triumphant and warm track that samples a woman explaining the biblical definition of David: “the mean of the name David is ‘Beloved’ or friend.” Right off the bat, East and Styles P set the scene — hustling on the streets of New York City.

East and Styles P perform their roles well — a younger rapper paying homage and a veteran offering a window into the past. “It’s Lit” has East using contemporary villains like Madoff and Trump to paint a ruthless picture of his lifestyle over a sinister beat. Styles P, thirteen years East’s senior, raps as a retrospective elder. On “Rare Breed,” he expresses some bitterness and regrets with bars like, “I’m from the crack era, know that the gremlins could sing, But the crack babies is crazy, yeah, they mumble everything, It’s our generation fault, we fumbled everything.”

A joint album between two purists would be nothing without the perfection of the back-and-forth flow. “Do You Know What Time It Is” excels as an exercise in collaborative narration. Bouncing off one another over funk instrumentals and a clock ticking, East and Styles P bring the listener through an entire day. Both artists add their personal touches to the concept and pepper the track with lighthearted references. East raps about staying up late to watch Power, while Styles P spits a line about hanging out with friends at a juice bar.

Though there’s a solid formula, the occasional guests sometimes feel like they are intruding. “Don’t Cross Me” and “In the Jungle” are a dip in quality due to mediocre performances from Jazzy and Tish Hyman, respectively. But “Load My Gun,” featuring LOX, is an epic posse cut that serves as the ideal ending for Beloved.