Review: Young Dolph Delivers For The Streets Once Again On "Role Model" 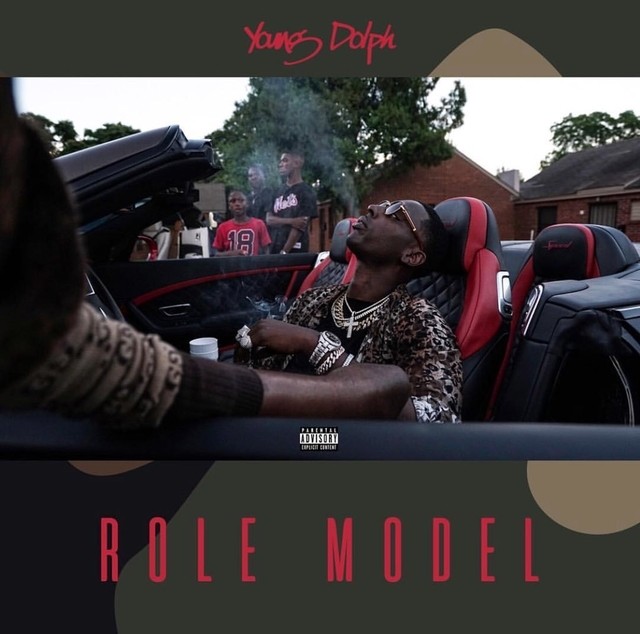 You can feel it in your soul when Young Dolph wants to make a point. His heart-stopping, ear-splitting yells command special attention whenever he raises his voice, typically reserved for poignant emphasis at the end of a line. Now deep into his career and still operating at the top of his game, that thunderous exclamation point arrives midway through the second verse of “On God,” when he wants to make sure you’re aware of his longevity: “I’ve been on for 15 years, ain’t no off switch / All my haters be like ‘damn, he ain’t fell off YET?!?!’”

He carries such a veteran poise throughout his latest album Role Model, working with what he knows will succeed for the entirety of the project. Over booming trap beats, he’s ridiculously charismatic, with double-take inducing bars and an engaging delivery at every turn. “I gave my barber $1000 just for a taper fade / Came outside, freshest nigga in the whole world today” he raps on “Still Smell Like It,” boasting his elevated status while adding humor in the absurdity.

13 of the album’s 14 songs follow a similar formula, making the lone exception to the rule even more notable. On the intro song “Black Queen,” Dolph scraps the 808s, hi-hats, and even a semblance of a rhythm for dissonant piano keys, trusting his lyrical content to hold the listener’s attention. Weaving erratically between a spoken word, prose-oriented format and a conventional verse, it’d be fully believable if he revealed he’d recorded the monologue as an acapella and later slapped it over the instrumental; yet despite the lack of structure, it’s fully captivating. Dedicating the song to his mother, he even interpolates lyrics from 2Pac’s classic ode “Dear Mama,” rapping “Even though you was a crack fiend, mama … you gon’ always be my trap queen, mama / I mean, ‘always be my black queen, mama” halfway through the lone verse.

At times, however, Role Model does fall short due to its tendency to be a tad unimaginative. By the time the album has reached “Whole World,” Dolph’s predictability begins to lose its luster, and the repetitive chorus doesn’t make matters any better. The majority of the standout tracks come in the earlier half of the project; “By Mistake” is an easy favorite, with its sinister keys and the ferocious energy that Dolph packs into his verses.

With the exception of the aforementioned “Whole World” with Kash Doll, each of the tracks with guest assistance deliver as well. Key Glock’s been on a recent tear with the success of songs like “Russian Cream,” and his appearance on “Major” doesn’t disappoint either. Elsewhere, more established artists showcase their talents on the tracklist; Snoop Dogg drops off an effortless 16 bars on “I Think I Can Fly,” while Offset steals the show with his flawless verse on “Break The Bank.”

In the end, it all adds up to an album that’s exactly what Young Dolph fans have come to expect. Dolph rarely looks to explore new territory on Role Model, but instead, he proves himself to be a figure to look up to because of his ability to remain an enthralling artist over 20 projects into his career. In an era where artists come and go faster than the time it takes to truly consume even a single album, that level of durability is to be commended; not everyone is able to reinvent the wheel at will, but constantly displaying long-lasting staying power is no small feat either.