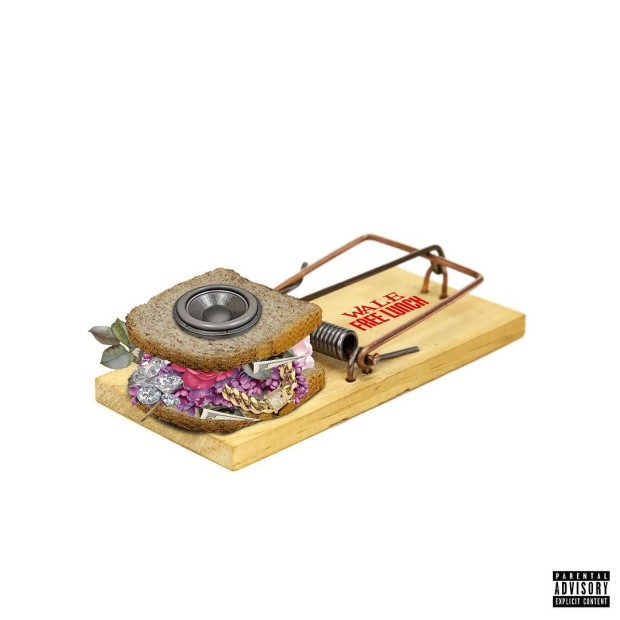 Since inking a deal with Warner Bros. Records back in May, anticipation has been high for a proper full-length effort from Wale. He’s been able to showcase his versatility this year by way of two well-received EP’s, It’s Complicated and Self Promotion, seemingly opening up a new chapter in his career. Continuing in this path, the D.C representative is adding to his streak of appetizers by dropping off another snack, this time with Free Lunch.

On Free Lunch, Wale tried to encapsulate each of his strong points as in artist into five records, and for the most part was successful. The project opens up powerfully with “Dummies,” a stream of consciousness where listeners hear Wale address a myriad of topics from industry politics to street ethics. Vowing to prove naysayers wrong, he declares, “I’m ’bout to embarrass niggas, I feel that have carried me/This industry very cold but it look to you very sweet/Put niggas on big stages put niggas in little beefs/You put too much faith in it, it puts you in therapy.”

“Right Here,” a track with frequent collaborator Eric Bellinger, serves as a fairly smooth listen but highlights what many deem drawbacks of Wale’s music. While the rapping is always above par, his discography does contain multiple songs that lack compelling elements that create replay value. Free Lunch finds Wale at his most potent on a record like “3 Days 3 Hours,” where he poetically illustrates the wide range of emotions that accompany being in love. These are the kinds of vulnerable records that tend to stand out in his discography. Complemented by a relaxing instrumental, he vents about his doubts by rapping “In the A.M., I’m sayin’ though, where you at, shorty? I’m happy without you but got my doubts, shorty/Like, like if my currency dry out, would you be out thirsty?/Would your mind want me like your soul want me?”

Naturally, whenever J. Cole gets in the mix, both rappers put on a lyrical showcase and “My Boy” serves as the project’s most exciting moment. Over an eccentric percussion-heavy beat both rappers deliver exceptional verses, but Jermaine steals the show this time with a rhyme-laden free fall, adding to his impressive list of feature contributions this year. This braggadocious bar session lives up to what we’ve come to expect from these two when they hop on a record together.

The flexibility of Wale’s skill set has always been one of his strong points and that is on display on Free Lunch. The burning question is “when are we getting the album?” This is a question that has yet to be answered, but these EP’s continue to prove that he can deliver great content in small doses.