Review: Aminé is Down With The Downbeat On "ONEPOINTFIVE" 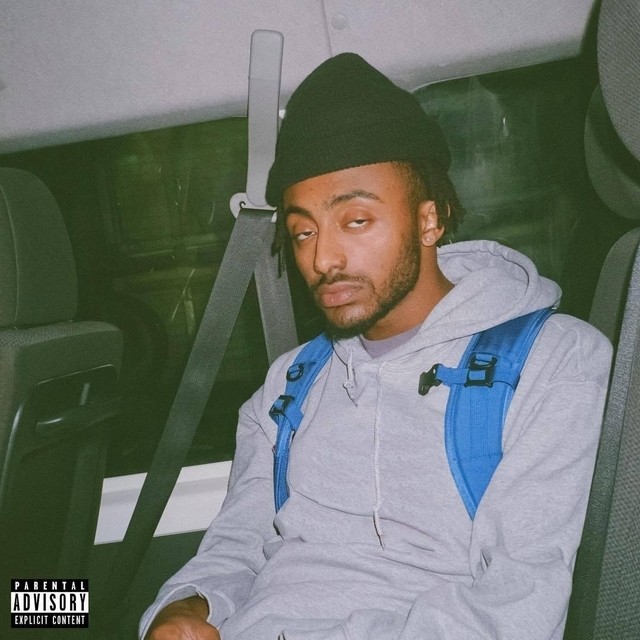 Don’t call Aminé’s new offering, ONEPOINTFIVE, a sophomore surge. As the title suggests, this is the project between his debut and sophomore albums. Regardless of the vague labeling, the music itself is compelling mood music that makes common topics feel profound.

As his dead-eyed gaze on the album cover suggests, Aminé is tired. Clearly, fame has taken its toll on him. The intro cut, “DR. WHOEVER,” finds him lamenting his mindstate. “Man, I’ve thought about suicide a hundred times/But I’d hate to disappoint and see my mama cry,” he raps. Just a few bars later, he tells of his father being upset that he’s not around to mow the lawn. This issue carries nowhere near the same weight as wanting to end his life, but Aminé approaches each with the same conviction.

In turn, this creates a melancholy mood even when he’s rapping about sex. Over Pasqué and Tee-WaTT’s gloomy bassline on “WHY,” Aminé flips the script on a booty call by digging into his underlying need for it. “Had to relax and never relapse/Shout out to Reese, the sex was like crack/I need love, I’m depressed/I’m a fool, I’m a mess.” Lines like these make listeners press pause like, “whoa.” Aminé’s ability to turn standard rap content into something deep and thought-provoking stamps ONEPOINTFIVE a memorable affair.

The production is almost entirely subdued. There are a few tracks that flirt with being anthemic, namely the flex-happy, hypnotizing “HICCUPS,” and “CANTU,” which is strengthened by thumping drums and cool woodwinds courtesy of Aminé and Pasqué. Mostly, though, ONEPOINTFIVE is an exercise in mood music. If Good For You was a breezy Saturday night in a frat house, ONEPOINTFIVE is the dreary, Sunday-afternoon hangover. This consistently calm vibe is commendable but also keeps the album from being outstanding as there is no “Caroline” to lead the charge.

That’s not to say that Aminé doesn’t remember to have any fun. “DAPPERDAN” features colorful name-drops galore, such as, “Bitch, ya boy a Borat and a Boris mixed with Maury (true!)/I’m out here with Topanga like I’m white and my name Cory (woo!).” Sometimes, Aminé’s attempts to spice up the album backfire. The screech of “shut the fuck up!” on “STFU2” is jarring, while YouTube sensation Rickey Thompson’s obnoxious rants throughout the album add nothing to the overall tone of ONEPOINTFIVE.

By the end, everything ties back to Aminé’s apparent frame of mind. “TOGETHER” acts a more sullen sequel to “Wedding Crashers,” as he pines not to simply attend his long-lost love’s wedding, but be a part of it. Yet, even amidst his troubles, Aminé admirably never loses his cool.

Maybe his proper sophomore album will feature a daring leap forward as he continues to grow. Regardless of where he goes next, ONEPOINTFIVE stands as a worthy entry into the catalog of an artist who remains nothing but himself.