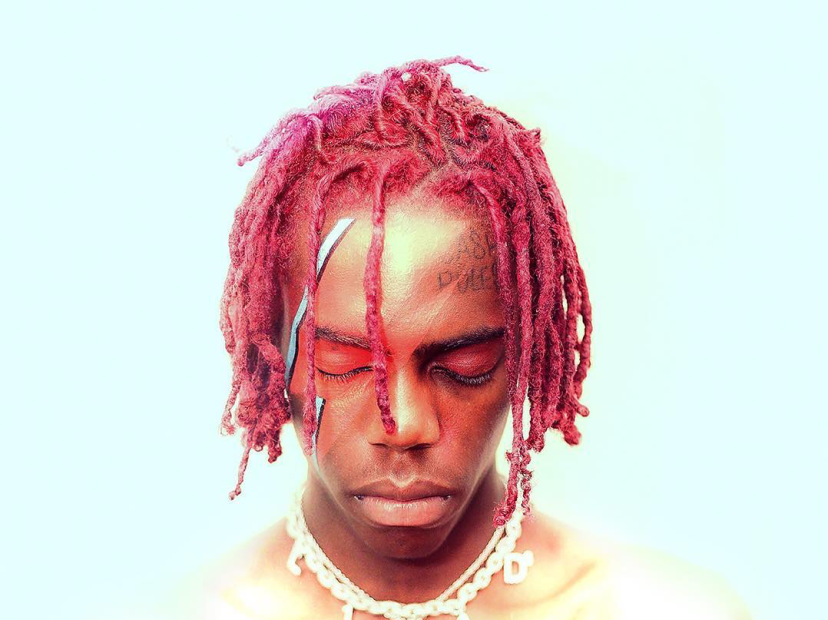 Some people want to be successful; others strive to be iconic. Yung Bans, the 19 year-old Atlanta rapper recently co-signed by Future’s Freebandz Gang, is clearly aiming for the latter. His latest mixtape, Yung Bans, Vol. 5, is his third installment this year in a series that launched his career in 2017. The cover sees the youth donning a lightning bolt streak across his face, invoking the spirit of the late virtuoso David Bowie. Future likens himself to Jimi Hendrix, Young Thug has called himself rap game’s Prince, and now Bans, a clear student of both the aforementioned innovators, has Bowie as his guide.

Where his first few songs last year felt both uninspired and playfully inoffensive, magnetic melodies now seem to spool effortlessly out of the rap crooner, harmonies layered atop each other with increasingly more care. The pair of opening tracks, “Heart So Cold” and “Stuntin Like My Daddy,” juggle more engaging ideas than his first two EPs combined. “Round,” featuring fellow disaffected Gen-Xer, Juice WRLD, positions both these cats as burgeoning pop stars. “Ridin,” with its lackadaisical beat and equally unbothered guest verses, is made to be played only once your toes are carefully secured in a warm nook of sand.

While these brief EPs rarely allow an artist enough room to showcase genuine growth, Bans’ consistency over the past year speaks volumes. Rather than strongarm his way into the mainstream convo, Bans seems content in playing the back as he continues to refine his idiosyncrasies. Being adjacent to the spotlight allows for the typically guarded rapper to drop all pretenses of swagger and deliver affectionate odes like “Wish I Had,” where he apologies to his mother, forgives an estranged father and ruminates on his come up: “I got a little son, had to make a choice”; “You gon’ die, go to jail, playin’ in these streets”; “I’ve been goin’ through the system since I was 15.”

With a more easily accessible style than any of his evident influences, Yung Bans has a bright future amidst the current crop of melodic rappers. While Vol. 5 may not do much to entice old heads, it is a great entry point for those looking to fill the void left by Lil Uzi Vert’s current trip through Heaven and Hell.