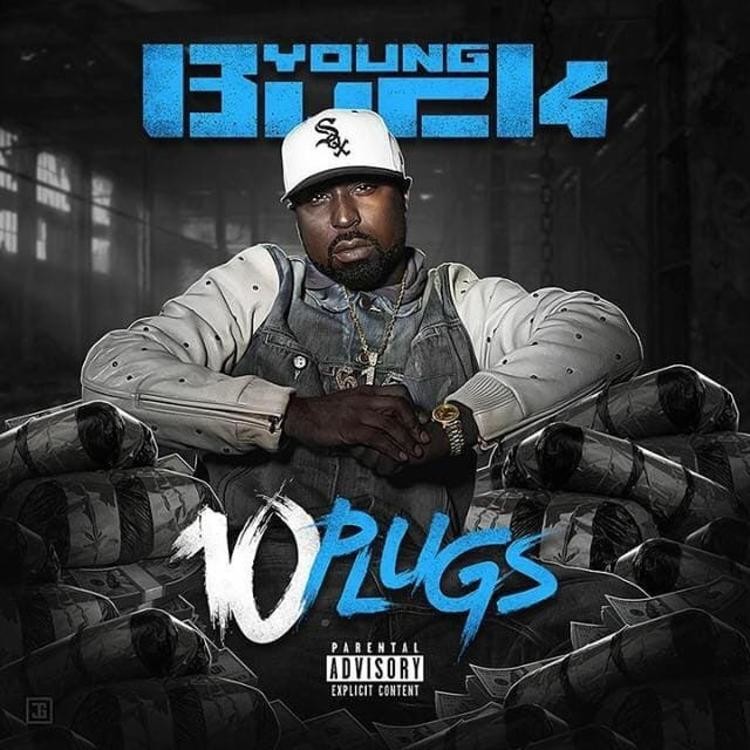 G-Unit’s original southern representative Young Buck has been the most active of the original foursome over the past decade, releasing (among other things) his “10” series of mixtapes. His recent eighth entry in the series 10 Plugs is a curious blend of excellent production, consistency, but — ultimately — forgettable music.

One of the main elements that made the entire Unit so appealing in their inception was their authenticity. 50 Cent ate nine gunshots like Scooby snacks, Tony Yayo did time in the box, and Buck himself was nearly killed during a violent, drug-related home invasion back in 2000. Hearing tales of street life from them (collectively) felt … right. Now, 15 years removed from mega-stardom, the same old tales of upper echelon street life feel stale, regardless of how well it’s executed.

The project does highlight Buck’s ability to adapt himself seamlessly into today’s wave. Where 10 Street Commandments was an improvement over the mediocre 10 Toes Down, 10 Plugs is Buck surfing a trap vibe on one foot while flexing. “Switch It Up” featuring Boosie Badazz, “Double Back” featuring Tray 8, and “Too Rich” with its flutes (reminiscent of Future’s “Mask-Off”) are all respectfully sturdy records, thanks to Buck’s consistency with the bars.

But there is very little here in the form of innovative content. In theory, the subject matter would come across as more digestible from the plethora of other artists half his age who are currently crowding this lane. While there is definitely some OG words of wisdom peppered in, there simply aren’t enough songs like “No Direction” that truly illustrate any growth as an artist.

That song has an air of experience (and age), lending to the fact that he’s a boss and not necessarily a youngin’ out there hustling backward.

“Stay The Same” besides being an actual bop, seems to be an honest mantra for Buck in 2018 as an artist, assuming we’re taking his words at face value. He’s “retired” from the streets, but still — presumably — is one step away from popping off and throwing it all away.

While Buck’s mic skills are certainly present, it’s hard to put your finger on exactly what the endgame is, and who exactly this is for. “Skkrt” ad-libs, plug talk, and tired concepts. Take the off-kilter “Energy” for example. In a world of short attention spans, its existence seems like an odd strategy.

Instead of just feeding the mixtape machine, Buck just needs to refocus exactly who wants to be as an artist in 2018 and beyond.