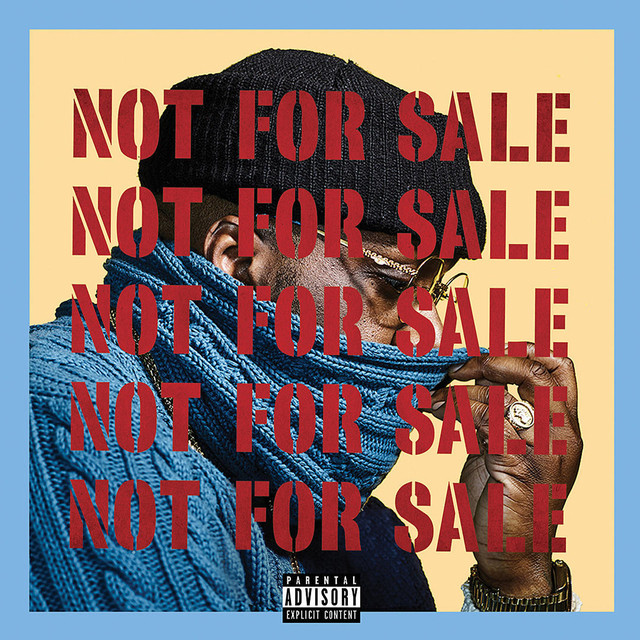 Just a couple weeks removed from the release of his Ringside 6 EP, Harlem’s own Smoke DZA returns with his second offering of 2018. This time around, the 12-track Not For Sale delivers contemporary Hip Hop styles while making it completely obvious he’s shed his “weed rapper” stereotype.

Not For Sale is easily one of DZA’s most balanced works, content-wise and sonically. The focus to broaden his horizon musically while still delivering tracks authentic to his core is clear. The wide array of featured artists, from Joey Bada$$ to Dom Kennedy to DRAM, each effectively aided these efforts.

The LP’s most compelling moments are courtesy of vivid recollections of how street life impacted DZA’s current disposition. “The Come Up” (featuring DRAM) exemplifies such vantage points, outlining the difficulties that many face in the journey from the streets to success. Over a DJ Steel cut soul sample, the Kush God proclaims, “Souls get bought quite often/No integrity, what you talking?/All things, offsprings get lost in the systems of these streets we involved in.”

One of Not For Sale’s strongest offerings come with “The Soul,” which highlights a standout verse from fellow Harlem representative Vado. It’s a clear recollection of how the two MC’s maneuvered in their dealer pasts. Over a well-spliced sample of The Montclairs’ “Do I Stand a Chance” envisioned by BobGnarly, Vado spits concrete details like, “Drug dealers scouting like who got it to send it out/Breakin’ down ounces make samples and give it out/Live in the mountains phone service be in and out/A bag full of birds is the only way we can chicken out.”

In its efforts to diversify DZA’s musical palette, there are stretches when Not For Sale veers off course. A song like the Ty Dolla $ign-assisted “The Love,” boasts of DZA’s crossover potential but ultimately can’t mask its obligatory “chick record” intentions due to the R&B lifeblood and social media mentions. “The Glow” stands as a direct contrast and comes off as an everyday braggadocious rap song, making its execution formulaic and cliché. As for the production tip, the methodically smooth vibes speak well to DZA’s Hip Hop intuition and will earn him props amongst his longtime listeners. But every beat isn’t sent from the heavens above. On “The High,” DJ RellyRell takes Erykah Badu and J Dilla’s “Didn’t Cha Know” (already a jazzy masterpiece in its own right) and adds knocking bass that buries the euphoria. And while DZA and Joey Bada$$ effectively bounce formidable rhyme patterns off of one another on “The Mood,” the backdrop’s melody doesn’t nearly pack the same magic when Kanye West bodied The Original’s “Sunrise” sample on “Guess Who’s Back” many years ago.

DZA recently told HipHopDX, “Artistic integrity is important, especially in these times,” and based on that outlook, Not For Sale is a success. The album keeps DZA in his comfort zone — which fans will appreciate — while still marking a transitional period for his still burning career.