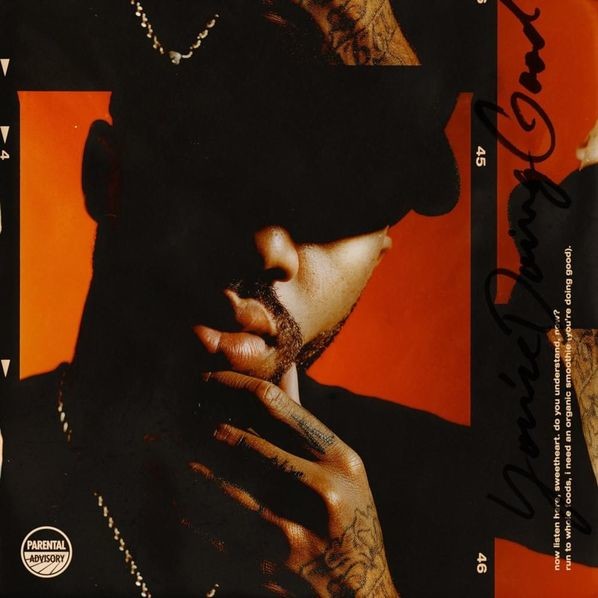 Larry June has had a busy few years. After signing with Warner Bros. Records in 2016, the San Francisco-based rapper has recorded tracks with G-Eazy and Post Malone and has been releasing a batch of quality singles, mixtapes, and EPs at a steady pace. On his latest release, the ten-track EP, You’re Doing Good, he’s teamed up with his longtime collaborators Dvme and Sledgren and J. Lbs, Wheezy, and FKi 1st to deliver a focused project that hints at some serious potential.

Starting things off with “Doing Good,” a catchy track produced by FKi 1st and Wheezy, June unleashes his nonchalant bravado. He echoes this understated vibe on “So Organic,” where he spits what probably will go down as the boldest health-junkie line of 2018 — “All I do is eat at Whole Foods, mack bitches, make sure my Rolex.” Not that many artists can pull off name-dropping Whole Foods over a trap beat, but June weaves his quirkiness seamlessly.

One of the project’s many strengths is its features. While June’s lowkey delivery could potentially lead to him fading into the background, his guests bring fresh energy without overshadowing him. On the excellent single “Healthy,” Toronto-based star Jazz Cartier builds off of June’s lyrical strengths by successfully emulating his clever dualism — “I got two kinds of hoes, fried chicken and the salads, A stripper and a regular, I gotta keep the balance.” “Too Live Crew,” featuring Chuck Inglish, ventures into new sounds, paying homage to Miami bass with a sample of 2 Live Crew’s classic “Me So Horny.” The funky track strikes the right chord of nostalgia and proves that June doesn’t have to rap about kale to be charming or lighthearted.

Melodic highlight “Throw Sum,” slows things down with a smooth chorus that’s sung by the L.A.-based R&B artist Ye Ali. From the breezy beat to the Bay Area national’s airy flow, every element of the song blends together masterfully. June even sings for a bit, making for an un-Auto-Tuned moment that’s adventurous and raw.

Though June reliving butterflies on “Fall In Love,” provides an interesting contrast to his detached delivery but the chorus is labored and clumsy. And things wrap up on the snoozy side with “Oakland,” finishing an otherwise energetic project on a boring note. Despite the hypnotizing bass line, he gets lost in the gloominess without actually getting introspective.

Besides a couple of misfires, June succeeds at stirring up anticipation for his future. This EP suggests that the very best is yet to come for the health conscious rapper if he continues to expand into different vibes. Keep on eating your greens, June. Good things are on the horizon.