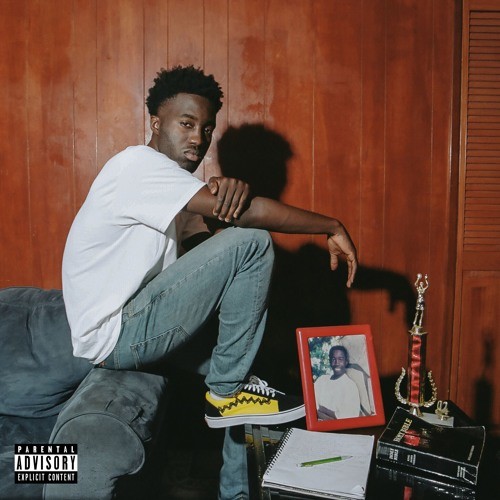 Cali heads may be familiar Blaison Maven, an Inglewood MC who has been bubbling beneath the surface for a few years. Allow him to reintroduce himself, his name is Nana, which means “king” in Akan and was bestowed upon him by his parents — renown pastors from Ghana. His latest effort, simply dubbed Nana’s EP, isn’t a project of regal proportions but is nonetheless an engaging collection of songs from a promising young rapper.

Nana seemingly subscribes to the belief that less is more. Most of the production on the EP is minimalistic without being underwhelming, which allows Nana’s thoughtful rhymes to take center stage. He also allows for just one feature on the six-track project, as fellow Inglewood denizen Thurz assists on the opening “Problems.” The track belies a starving scribe just itching for his place in the throne room, as Nana chews his way through Chef Byer’s nasty drums and foreboding backdrop. “Wonder how I made it through the point of no return, tell the truth I prob’ly shouldn’t be alive” he ponders with a snarl, and his conviction sets the tone for an EP dripping with raw honesty. He continues to flex on “Mando,” which finds little-known-but-stellar producer Anthem contrasting simple drums and a subtle bassline with high-pitched electronic sounds. Nana’s 20/20 Pyrex vision and drawn-out hook makes this cut ideal for a ride through Inglewood and solidifies his street credibility.

If Nana was only about the streets, he’d easily fall into the bevy of one-trick rappers with a short shelf life. However, his versatility is striking, and the best cuts on Nana’s EP find him Blaison Maven delving into his love life. This isn’t radio-bait; his sharp pen bleeds real emotions into his rhymebook. “Youphoria” finds him repeating the phrase “I love how you…” throughout, and the concept is as endearing as it is entertaining. To hear a gritty artist rap so authentically doe-eyed about a significant other is exciting and refreshing. The album’s shining moment is “Him & Her,” which finds Nana adopting the point of view of both a man and woman in a relationship. Nana remarkably mines profundity from common relationship struggles such as trust issues, betrayal, and unwillingness to compromise. He should have altered his voice for the lady’s perspective, but rhymes like “My friends tell me I should find a real man/Who will treat me like a queen while I still can” showcase an MC afraid to color outside the lines. Nana’s EP is richer for the experience.

The project’s only weak link is “Question Everything,” which finds Nana failing to connect while waxing philosophically. Everything from the painfully flat hook to the tired concept of repeatedly asking “why” like Jadakiss or Fashawn is the antithesis of the skills Nana shows throughout the EP. By contrast, “No Way Out” takes the focus off personal woes as he offers chin-up sentiments to a woman trapped in an abusive relationship. This soft touch belies an artist with real star power. He can simultaneously keep the streets on lock and the underscore nighttime walks with the man or woman of one’s dreams. However, Nana’s lack of widespread popularity somewhat stunts the appeal of his versatility. The juxtaposition of grace and gully won’t have the same impact as if it reached a wide array of listeners.

Still, the duality of Nana’s EP makes it a compelling listen and creates hope for its author to achieve greatness.