Review: Mozzy & Yowda’s Chaotic Chemistry Give "Hell Made” Enough Heat For A Buzz 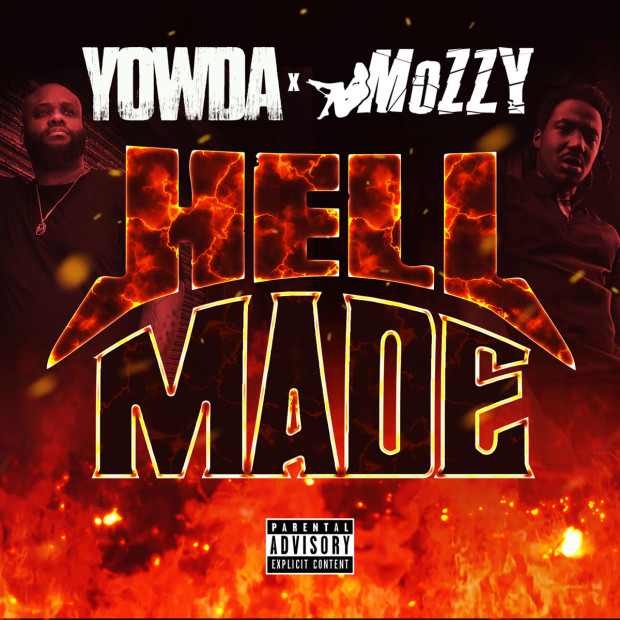 Successful joint projects normally rely on genuine rapport between both artists regardless of perceived power dynamics. Such is the case with Mozzy and Yowda’s 2017-ending EP Hell Made. Depending on one’s appreciation for over-the-top gangsta rap-isms, the project’s mileage will vary as the duo deliver an enormous lyrical body count. Mozzy remains one of the hardest working and most controversial rappers out of the Bay Area with five other releases in 2017, which include the well-received full-length album, 1 Up Top Ahk. Meanwhile, the Las Vegas-bred Yowda has continued to drop multiple under-the-radar projects since signing to the house Rick Ross built several years ago.

Hell Made doesn’t represent the absolute best of the two, but nonetheless, it’s a solid addition to their respective catalogs. One aspect that saves the project is the high-octane trap inspired production that never lets up throughout its eight tracks.

“Terror Wrist,” with its emphatic spotlight on aggressive curse words, serves as the EP’s midway point and adheres to outrageous gun talk that’s catchy enough by way of Yowda”s hook about by his impressive firearms collection. When Mozzy comes up to bat, he lends a bit of depth to the recklessness revisiting the first time he saw someone get shot (when he was in junior high school). All the while, the instrumental uses gunshot samples liberally enough to almost match Soulja Slim’s regional classic record “U Hear Dat.”

Hell Made is filled with everything on any street-rap influenced checklist including moments purley dedicated to antagonizing law enforcement (see: the unapologetic “Fuck the Cops”) and manages to keep the gel together despite odds being evened (see the-Gunplay assisted “Sellin Dope,” which isn’t as generic as the title suggest despite Don Logan’s phoned-in verse).

With no clear direction outside of being adequate drive-by music, consider the EP a project straddling the line between proof-of-concept and a desolated soundtrack.