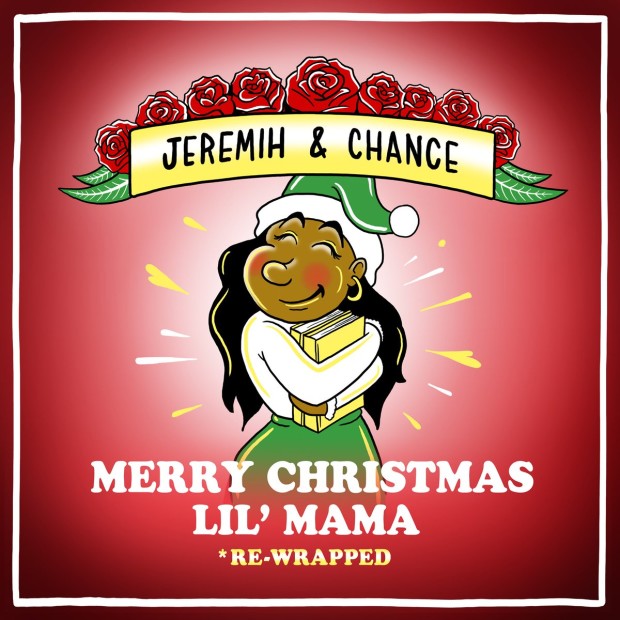 With all due respect to Bing Crosby and Mariah Carey, the millennial generation needed a Christmas set that sounded fresh and contemporary while still evoking the holiday season.

Don’t take that as disrespect; Crosby and Carey’s Christmas albums still bang, but at home with the grandparents, uncles, and aunties, not necessarily with the crew unless intoxicants are involved. And Run-DMC’s “Christmas In Hollis” is fun, but old-head appropriate.

Enter Chance The Rapper and Jeremih’s Merry Christmas Lil’ Mama: Re-Wrapped, a reissued albumixtape that includes nine new songs and an unreleased remix. What it ultimately is, though, is a melodious lark where Chance is up to his smart but irreverent – sometimes, highly irreverent – shenanigans. And Jeremih provides us vocals that are the bright and sparkly outlines of his Chicago compatriot’s musings – dreamy charm.

Merry Christmas Lil’ Mama: Re-Wrapped tackles the misadventures, fun and frustrations all city people face during the holiday season, like not getting all the gifts you wanted as a child, going out with your cousins but not quite knowing where to go or having the financial means to finally provide for your kids.

“Big Kid Again” is Chance’s sweet ode to his daughter, but also a triumphant chronicle of his rise from early struggles: “Growing up we had it hard/Santa rarely at the door/Daddy worked to keep us warm/But you know we just wanted more/But look at how far we ran, look what I am…”

Disc Two has many highlights, namely the sweet and understated “Held It Down,” an ethereal sounding track where Chance declares his love for family. On the equally dulcet “Family For,” Chance elaborates on his dedication to family while Jeremih adds his honeyed vocals throughout. The song hits its climax when a choir section joins the crooner towards the end.

And of course, there’s that awkward, dreaded encounter you might have with an ex upon returning home for the holidays – Jeremih’s stirring piano remix of the song, “Stranger at the Table.”

Chance even offers up a little social commentary on “Down Wit That,” as he laments the apparent disregard for black and brown kids from Chicago’s Southside and its rat-infested schools – the latter observation ripped from the headlines when, in November, parents protested the conditions at Irvin C. Mollison Elementary School because of that very same problem.

Even with the wonky Christmas cheer established early on, two songs with no thematic connection to the holiday season in “Ms. Parker,” where Chance lusts after a married woman like Pastor Clever from Friday, and the bouncy “Are U Live” do throw this off a bit but still don’t detract from the project’s overall brightness.

Which leaves Merry Christmas Lil’ Mama: Re-Wrapped as the perfect soundtrack for some holiday socializing, whether you are day drinking with your day ones or clubbing with your favorite cousins. Rejoice.