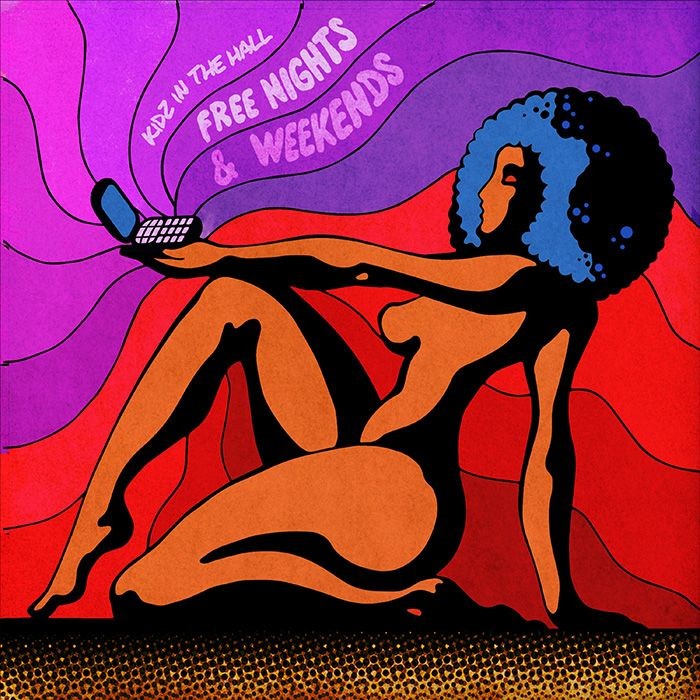 Back in 2006, Chicago-based duo Kidz In The Hall arrived on the scene as a welcomed return to the jazz rap warmth of De La Soul and A Tribe Called Quest. Their first full-length album in six years, Free Nights & Weekends, oozes with a similar sense of nostalgia for the Native Tongues. Rapper Naledge and producer Double-O are Penn graduates who share a penchant for well-roundedness and ambition. During the duo’s four-year hiatus, they have excelled in radically different lanes: Naledge enrolled as a doctoral student at Northwestern University, while Double-O hopscotched the globe as fellow Chicago denizen Lupe Fiasco’s tour DJ. However, on their comeback record, instead of exemplifying their strengths, lyrics employing cheap gimmicks often hog the spotlight.

Over the course of 11 tracks, Free Nights & Weekends explores introspective feelings that range from the sensual to the political. Notably, the duo has traded the stadium pop-rap of their 2011 record Occasion for an overbearing seriousness. The album certainly starts off strong. On the intro track, the singer Snow’s cosmically lush vocals are supplemented by psychedelic funk instrumentals, conveying the sensation of being seductively woken up from a slumber. Double-O has used this comeback as an opportunity to experiment with new textures and effects. But the most enjoyable tracks on the album (“Bonafied,” “Soup Coolin’,” and lead single “Dear Eastside”) succeed at what Kidz In The Hall have always done best — pairing jazz-infused beats with understated bars to invoke an appreciation for alternative Hip Hop’s historic simplicity. Double-O’s experimentation stretches too thin when he steers away from the formula by adding Auto-Tune, abruptly changing tempo, or forcing pop hooks. Album lows “W.C.E” and “Find My Way” are jarring and unlistenable, collapsing onto themselves as the layers of ominously affected vocals, woozy instrumentals, and off-kilter beats pile up with no purpose or focus.

Though Double-O’s production shines on a handful of breezy tracks, Naledge rarely steps up to the plate as a lyricist. It’s if he assumes that just by addressing topics like substance abuse and anxiety he’s being authentically vulnerable and thought-provoking. Surprisingly, his lyrics are a stark contrast from the duo’s once adamant rejection of mainstream norms. On “Vices,” he leans into self-destructive clichés that are ripped from Top 40 nightmares with the line, “these strippers drip our bank account like a faucet.” He echoes this emptiness on the socially conscious “Blowin’ Away” with artless bars like, “them Zannies going to catch up one day/can’t be fly when you’re sitting on the runway.”

In spite of the album’s weaknesses, it features some strong guest appearances. Chicago rapper Saint TGB and Bree do their best to compensate for the aimlessness surrounding them. One of the highlights is Bree’s verse on “Jus’ Might.” Rapping along to a sloppy repurposing of Lil Wayne’s smash hit “Lollipop”, Bree manages to radiate charisma and charm. She comes off as tactful, assured, and composed — qualities that Free Nights & Weekends could have used more of.