Review: J.R. Writer's "#IREALLYRAP" Isn't A Renaissance But Does Have #Bars 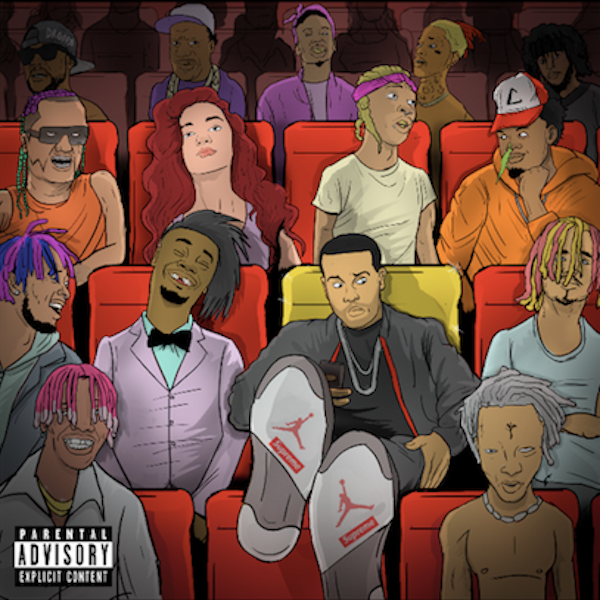 Former Dipset associate J.R. Writer never reached the level of notoriety of his fellow soldiers such as Hell Rell or 40 Cal but the Harlem diplomat did earn stripes within the same mixtape circuit that eventually led to artists embracing a more independent hustle.

That being said, that era of bare-bones bars and snippet-laden mixtapes peaked over a decade ago and the so-called mumble rappers du jour have since taken over the yard. A quick stint in prison didn’t help the visibility of his post-Dipset career but the old age beef route recently put the adept rhymer back in today’s current rap wave news cycle.

For his latest project #IREALLYRAP, Writer literally asked the people to judge a book by its cover by plastering the likes of Lil Pump, Bhad Bhabie, Chance The Ugly God and a misplaced Danny Brown among other current marquee players within Hip Hop on his album cover.

“When I first got on, the landscape was gritty, grimy, similar to the projects. Shit look like Candyland now!” a confident Writer recently told HipHopDX and he looks to show and prove that his trusty lyricism can cut through the alleged mediocrity.

Even at the risk of sounding like a dusty old head, Writer does deliver a sturdy body of work that will attract those existing fans who rocked with him during his mid-00s heyday. The album’s contents never matches the brazenness of cover art (i.e. he doesn’t name names à la Joyner Lucas) but joints like “Grown Man Bars” (“I so much of a legend/ Lonzo Ball never played me”) and “Extravagant” (“DJ Khaled know I’m great with the bars/ Son couldn’t hang with me if his name was Asahd”) showcase skills where well-constructed bars facilitate a Hip Hop song right along without crooning or studio enhanced vocalization crutching a torn talent ACL. And while no singular lo-fi beat touches the golden standard, the minimalist sample loops and two-step kick ‘n snare drums never overpower Writer’s endless barrage of metaphors and make for a comprehensible listen.

By track number two, Writer all but exhausts his topical diversity arsenal and showing love to fellow NYC spitters Dave East and Don Q doesn’t exactly boost the variation but their appearances are stellar nonetheless. It’s his own brother Fred Money who steals the show on all three (“Fuckin’ wit a killer, not a poet, nigga/ Jets to a villa, did you know this nigga?/ Flower bomb blunts in a lotus, nigga/ Word to L-E-P you’s a bogus nigga” he superbly fumes on the sinisterly catchy “On Tilt”). The subsequent record, simply titled “Right” also manages to squeeze a bit of melody out of Writer’s battle bars and serves as glimmer the 33-year-old MC can possibly assimilate in today’s climate.

As long as kids (kids, as in minors) can continue to blow worldwide within the confines of their own closet, the days where quality control on mean 16s will likely stay in a memory’s time capsule. Writer’s ideology on what constitutes as real Hip Hop won’t change the escalating focus on aesthetic and social celebrity but if he stays in this zone, he’ll develop himself a niche audience to keep his career being labeled, well, a career.