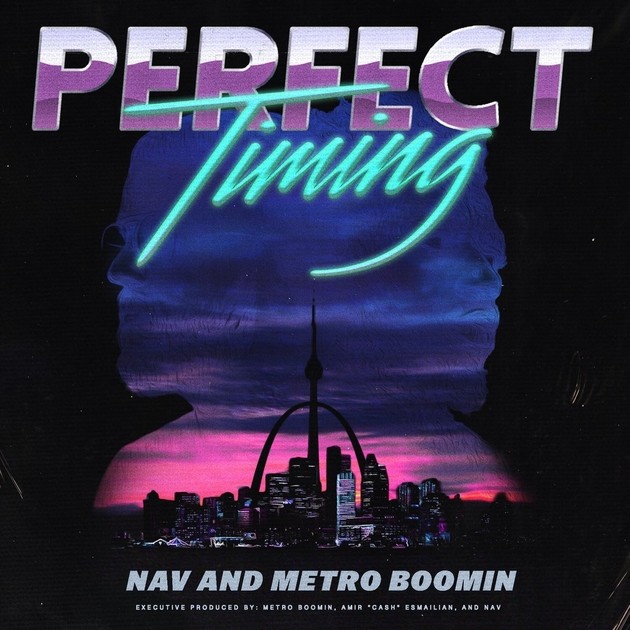 In 2017, there are about 100 perfectly capable rappers that deserve the opportunity to destroy a collab project with the one and only Metro Boomin. Yet somehow, Canadian rhymer and Weeknd co-conspirator NAV is the one that actually got the honors this time around. Young Metro’s soundkit and infectious production is arguably the most sought-after sound in rap music right now whereas NAV’s musical abilities are still relatively unknown, or better yet, undeveloped. For NAV, the Perfect Timing LP is aptly titled, for it sums up the basis of his celebrity.

We know that NAV lowkey contributed to the making of Drake’s notorious “Back To Back” beat but he highkey blew up because his song “Myself” made it to 2017’s most influential platform; Kylie Jenner’s Snapchat story. Apparently, that ten-second placement was enough to propel him to a point where Metro felt it necessary to give NAV an entire hour of traptastic magic.

With his “Some Way” single starting to cool down during the fleeting summer months, the 27-year-old Canadian producer-turned-rapper needed this gift of a album to bring him back into the #trending aisle of the internet. Whether or not this is the Metro Boomin collab tape we always wanted, NAV does feel committed to the well-heeled opportunity.

The tape’s intro/title track rings off a slew of Metro’s signature tags before a set of bouncy trap drums rock listeners into a hypnotic trance that make NAV’s scanty bars seem half decent. “Double styrofoam cup/Big dog, you a pup” isn’t noteworthy in the slightest as NAV isn’t trying to be the god MC. He’s much more in pocket sliding his Auto-Tuned flexes across Metro’s simmering beats. Although, he does mildly impress on “Minute” when he slickly oozes “My wallet costs more than what I used to have in it.”

There are some top-notch features that grace a few of these cuts like Offset, Lil Uzi Vert, 21 Savage, Belly, Playboi Carti but none of them sound as crisp as Big Guwop himself. A uniquely minimalist beat from Metro shows how much trap rap has from evolved, with both Gucci and NAV spitting similar lyrics but with wildly different cadences. Gucci, of course, sounds like he actually lived his raps — and NAV sounds like he grew up with Gucci’s poster on his wall. Elsewhere, he addresses said obvious questions surrounding his authenticity and self-proclaimed street cred on “Did You See NAV?” Spitting from a fan’s perspective, he quips “Is he really from the Rex?/Is he really from the trap?/Is he really living all the things that he says in his tracks?” The truth itself remains to be seen amidst the aimless flexing but the self-awareness is appreciated.

After listening all the way to Perfect Timing, you can’t be totally up in arms about Metro’s decision to link with the young Canadian. NAV pulls off an expected blend of current rap ethos and although he may not bring a single quotable or head-turning line to this project, at least we get to bask in 55 minutes of Metro beats.