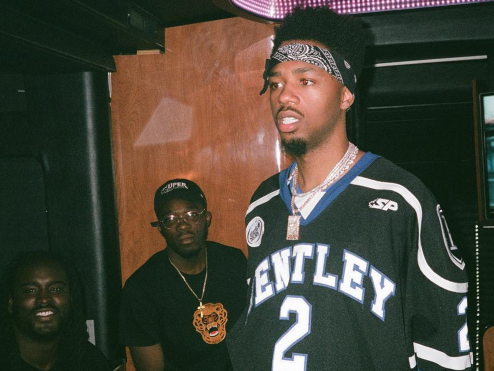 Metro Boomin has put his signature sound behind some of the highest-charting records over the past few years, and a new report shows that the Atlanta-based producer can claim another feat. According to Music Business Worldwide, Young Metro is the top songwriter in the United States for the first three months of 2017.

With online royalty data provided by Royalty Exchange, Metro Boomin beat out Taylor Swift and Ed Sheeran respectively for the first quarter. How MBW came up with its claim is that each song that lands on the Billboard Hot 100 chart in that time period received a point value.

A score of 1,000 points is given to a No. 1 record, and down 10 points for each charting week afterward. The points are then evenly distributed between each person who contributed to the ranking track and a total for the time period is the final result. MBW writes that Metro added to nine Hot 100 hits.

Adding to the notoriety, Metro has lent his production to five Top 10 records on the Hot 100 charts. Those include Post Malone’s mega-smash “Congratulations,” which features Migos member Quavo, Migos’ “Bad and Boujee” with Lil Uzi Vert, Future’s flute-tinged banger “Mask Off,” and Big Sean’s radio rumbler, “Bounce Back.”

“Launching Boominati Worldwide is the next step in my career as a producer, an artist and a businessman,” Metro said in a statement to Billboard. “I created the label to represent a collective of highly gifted individuals who have the shared gift of being able to influence the world through culture and art.”

Revisit a handful of the hits that got Young Metro is incredible accolade down below.