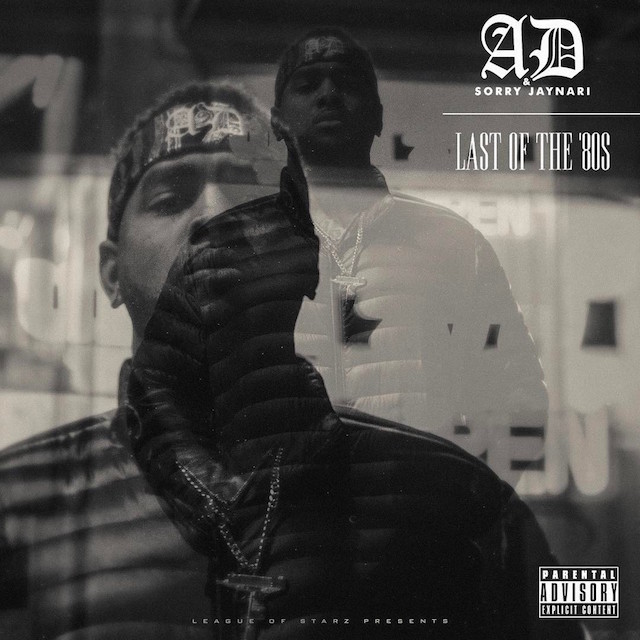 The overwhelming love for Kendrick Lamar’s DAMN. and G Perico’s All Blue tells us one thing: Los Angeles Hip Hop is entering yet another renaissance. As more rappers blow up out of the West, it creates a widespread phenomenon of fans looking up the lesser known MCs who are making moves in the scene. If you want to add another name to your rotation, consider AD, the Compton MC who’s been bubbling up these past few years, soundtracking the streets with Crip-affiliated anthems and cinematic songs about coming up in his hood. Lately, AD’s name is associated with producer Sorry JayNari of League of Starz, and as a pair, they’ve created a chemistry deeply rooted in the Left Coast’s fixtures. “Our sounds really come from the clubs and streets,” Sorry JayNari tells RESPECT. “For the sound of the West, we always had a certain sound that would relate to the gang culture — fat bass lines, and the leads. Now it’s still basically the same structure that [Dr.] Dre used back then, but we made it faster and added 808s and bass.”

On their second collaborative project, Last of the ‘80s, AD and Sorry JayNari create 10 songs with this mission in mind — only this time calling on their famous friends with experience in landing on the charts. AD is not at the level of Wiz Khalifa or Kid Ink in terms of popularity, but he’s rapping like he belongs among his hitmaker peers. On “Better,” which features Wiz and a hook perfect for driving under palm trees by Tory Lanez, AD tones down his aggressiveness to let the ladies know he is better than their current man. When he links up with Kid Ink and Eric Bellinger on “Say,” it’s a foolproof attempt at getting radio play this summer. It soars in capturing what Kid Ink and Eric Bellinger bring to L.A.’s trend of G-mixes for the dance floor. Outside of star collaborators, AD and O.T. Genasis return for another episode of ‘Them Boys Can Rap’ on “Basic” and he takes it to the Bay with Kool John on the money hungry “Who Dat?”

When AD and Sorry JayNari rock as producer and rapper without guests, it’s where we see the potential in their dynamic shine. Last of the ‘80s continues to build off the simplistic sound of AD’s regional hit “Juice” with more hardcore ratchet backdrops, allowing AD to spit that gangster shit. This is him in his comfort zone, and Sorry JayNari knows his partner’s strengths to develop DJ Mustard-esque epics for him. Songs like “Leakin” are very much on brand for AD, which makes sense it’s designed for a nimble Wiz Khalifa to go off. The same goes for “Old Ways,” a formulaic Cali beat with a booming bass, claps, and dark piano chords, that brings out a different energy from AD. He almost sounds possessed with a frantic flow as he reminisces about his past: “Looking in the mirror for the old AD/They was sleepin’, now they on it: ‘Man I know AD’/Fuck talk—you gonna have to show AD/About to be Mr. 50 for a show AD!”

One thing you’ve come to realize about AD is his loyalty to Crips, and how he uses it to unify opposing gangs. Fans saw AD and YG band together on “Thug,” a collaboration meant to show Bloods and Crips can put their differences aside for the greater good of Hip Hop. So, it’s odd then to hear the album close on “#CripLivesMatter” with G Perico, which sends a warning to fake set claimers and a message of all blue everything. The name immediately reminds you of #BlueLivesMatter, the pro-police movement meant to honor the lives of law enforcement. Whether they are related remains solely on the listener, but it brings to mind the two audiences AD is trying to please: those consumers of the West’s revivalist period and those who don’t want him to sell out as a former Crip gone mainstream. Once he finds his claim to fame, the rising star will have to decide which route will be his path to success.