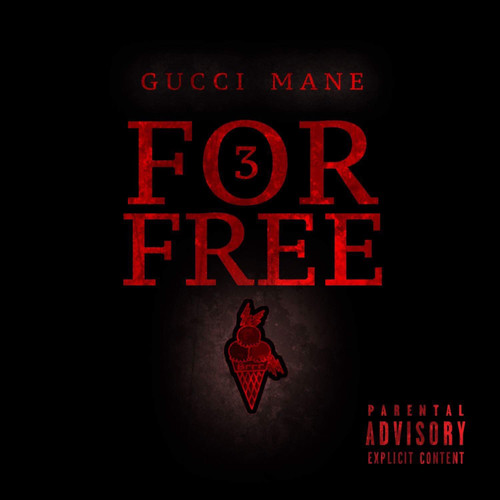 Musically, Gucci Mane never really left for during his last jail stint. He just kept flooding the infinite internet with as much material as possible. So much, that a dedicated fan could spend a couple hundred bucks just off music in that particular time. Upon his release, he didn’t let up with two albums, dozens of mixtapes and random collaborative projects with the likes of everyone from Future to Lil Uzi Vert. Not even a month into 2017, Guwop scales back his content drop strategy to a three-track EP in 3 For Free, produced entirely by frequent collaborator Shawty Redd.

Outside of a few exceptions including Snoop Dogg’s “Sexual Eruption” and production work with Jeezy, Red has earned a reputation as one progenitor of trap music. Those who have accustomed to the intricacies of Hip Hop’s controversial subgenre are in for a treat. Meanwhile, detractors should find some appreciation in Gucci’s more sober annunciation. From the first track “Ever,” Guwop manages to be in sync with Red’s less radio friendly drums and melodies. Though Radric Davis’ commercial notoriety will be more associated with the Zaytoven(s) and Mike WiLL Made It(s) of the world, Sir Brix-A-Lot proves Red can make some captivating instrumentals dynamics.

By the time Redd’s congo loop led ends the nearly ten-minute project through “Wasn’t Me,” it’s safe to say Gucci hasn’t forgotten about the moments that propelled him despite living a new, healthy lifestyle. Although far from innovative, 3 For Free proves that when Wop wants to retreat into his older trap days, he can do it stylistically just as well — if not better — than anyone else.