Review: D.R.A.M. Is Layered In Authenticity With “Big Baby D.R.A.M.” 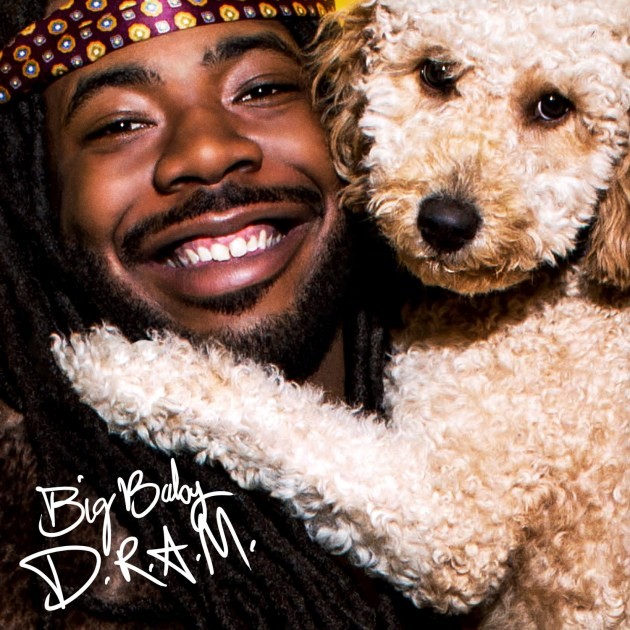 D.R.A.M. does real ass music for the youth culture. This applies to anyone in his age bracket who has cha-chaed to his addictive hit in the clubs or screamed they’re beyond all that “fuck shit” while rolling up some broccoli. In D.R.A.M.’s short career so far, Q-Tip recognized early on of his potential, Beyoncé gave him a huge co-sign, the legend Rick Rubin linked up with him, and Chance the Rapper has featured him on melodic numbers on Surf and Coloring Book. D.R.A.M. Fever really took off in 2016 once “Broccoli” went double platinum, placing him and Lil Yachty as artists who can transverse different genres and not conform to what everyone else is doing. It’s why before D.R.A.M. released his major label debut, Big Baby D.R.A.M., that he prefaced to new listeners his idea of what real music was to The Breakfast Club. “I ain’t never sell a nickel rock. I ain’t never shot no gun or nothing,” he admitted. “But my people are my people. Everybody knows me for me. I just go through regular life, I feel as though I make relatable music as well—just stuff that is true to me.”

Big Baby D.R.A.M., from the album title to the photo of him hugging his dog Idnit, is made up of songs that represent D.R.A.M.’s positive spirit and his ability to uplift you during your worse days — or in his words, “Trappy-Go-Lucky Music.” At the same time, the Hampton, Virginia singer/rapper has a soft side, letting out his emotions about topics like his road to success and trusting women who give him fake love with a soulful, elegant croon. You want to believe D.R.A.M. is a Hip Hop artist, but he’s actually a chameleon of styles, imploring his influences of the Parliament-Funkadelic era and late-‘90s hitmakers like Next and Lauryn Hill to create these easy-going songs that are almost uncategorizable.

“Cute,” produced by Charlie Heat, has trunk-rattling bass like a rap song, but the lyrics about flat out telling your muse she’s special is R&B songwriting at its best. “I choose you like a Pokémon/I choose you, you’re selection one/I got money, you got money too/So let’s go half on rent/When I buy you a new purse it’s cause you bought my kicks,” he sweetly sings. The same can be said for latter half songs like “Password” and “100%”; they switch from singing and melodic rapping à la 2009 Drake, but he’s able to draw attraction through his choir-like singing voice and ubiquitous delivery. If you were to use a rap point of reference though, D.R.A.M. is like Biz Markie for the 28-and-under club.

D.R.A.M.’s music has a natural ability to shapeshift to anything the vibe brings him, which is a double-edged sword on Big Baby D.R.A.M. He selectively chose Yachty, Young Thug (who adds a rock-infused verse in Auto-Tune on “Misunderstood”), and Erykah Badu for his only features. All excel in this creative space, especially Badu, who collaborates with D.R.A.M. on the slow-burning “WiFi,” a modern day love story of password requests that tease their forthcoming project will be a fun one to watch. But looking back at D.R.A.M.’s past material (2014’s #1EpicSummer and 2015’s Gahdamn!) compared to now, Big Baby D.R.A.M. lacks the cohesion of a great full-length he’s capable of. Instead, you’re inclined to play the singles — “Cash Machine,” “Broccoli,” and “Cute,” which are conveniently one after another—and likely miss out on gems like the two-step anthem “Outta Sight” and the funky “Sweet VA Breeze” that are packed at the end. Big Baby D.R.A.M. is presented as a playlist of D.R.A.M.’s best conceptual songs rather than achieve the glory of playing a perfect album from front to back.

Overall, you can’t deny the popularity of the Big Baby, and his first album will likely get a lot of support and love that’ll put him back at the summit of a Billboard chart despite its drawbacks. If anything, criticisms seem to only make this charismatic guy a lot stronger. He’ll just keep telling himself to go get those gahdamns.