Locksmith's Backpack A Little Too Heavy On "The Lock Sessions" 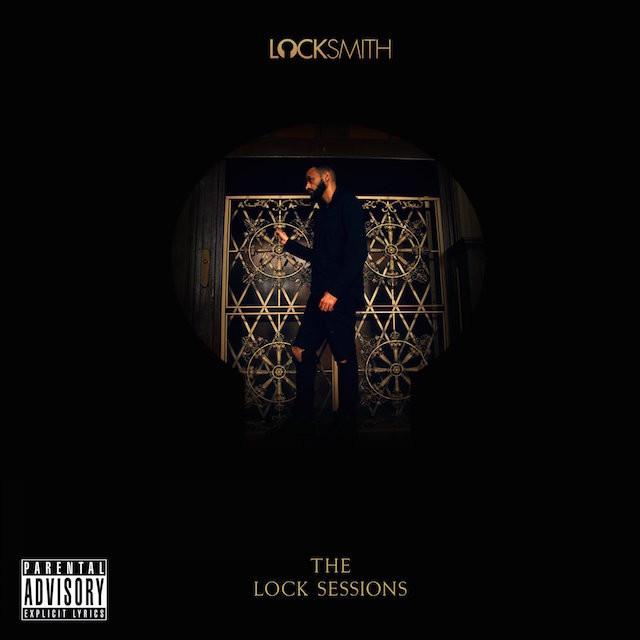 From a technical standpoint, Locksmith should be everyone’s favorite rapper. The Richmond, California native has padded his résumé with a colorful collection of songs, tapes and albums that are jammed packed with uber-traditional beats and rhymes that are nothing short of a Hip Hop purist’s wet dream. His metaphors are unfuckwitable; his vocabulary rivals that of a Harvard grad, his beat selections are blissfully boom-bap and his battle skills were admirably cut back in the Grind Time Now days. Basically, if the Oxford dictionary came equipped with pictures, Locksmith would be a worthy candidate to have his mugshot placed alongside the word “rapper.” That said, despite meeting the textbook requirements, his new mixtape The Lock Sessions is far from an impressive thesis.

At times on The Lock Sessions, Locksmith’s hell-bent crusade of being authentically “Hip Hop” and anti-music industry is ultimately exasperating. There is nothing quote-unquote wrong with the way he’s rhyming but aside from a couple of tracks, the majority of this tape renders itself dull as a result of this purist pursuit. Like, we get it Lock, you’re a real one and you can rap really well but coming up with different ways to say how “real motherfuckers can relate to the flow” and how you “cannot create under corporate control” gets long-winded after a while.

Luckily, “Epic” with Mark Battles has sinus clearing horns that lead the way — giving the mixtape a must needed spike in energy but other than that, he keeps the production within his own little comfortable strike zone. One.Coco gives an above average performance and makes “Nowhere” a track that has the ability to make it past the first SoundCloud listen. In fact, all the featured guests add in some appreciated zest to the project – most notably Fred the Godson on “No Rules.”

Locksmith does, however, get props for his narrative pushing exposition on “PAST.” Detailing his deep dark past and the nuances that made him the rapper he is today. “Why would I listen to rhetoric from someone so hesitant/scared trying to take charge of their life?” is a line that can resonate with most people dealing with a struggled come up. Plus, the song loosely samples Kelly Rowland’s vocals from “Dilemma,” which amount to more top marks. And although said track bodes well, it is sandwiched in between “No Manners” and “More Lessons” which are identical by theme and sound — and therefore could have very well all been wrapped into one track instead of three.

It’s hard to totally hate on this project because of how much Locksmith cares about his craft and is dead set on keeping it #art — but in 2016 being “the nicest on the mic” can only get you so far. Hopefully, on his next offering, he can find the happy medium between conscious and catchy.