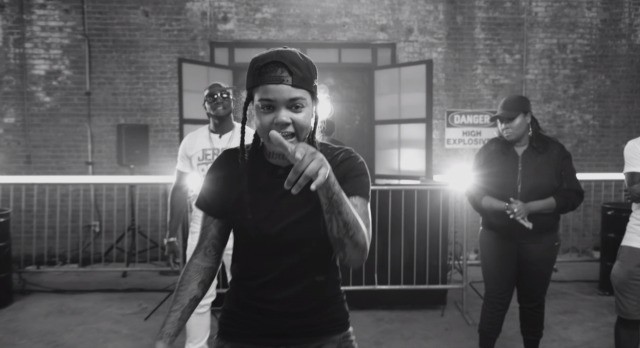 For the 10th straight year, the 2016 BET Hip Hop Awards solidified their presence of being the authority for current honorees in the rap community.

And like always, the round of cyphers was the biggest draw as several of today’s stars and OGs teamed up for some informal competition. With everything that’s going on in the country, a lot of the statements were created to be political, while some MCs just flossed in their artistry. All in all, it was an incredible display of unique lyricism across the board.

Uncle Snoop Dogg is not some “bitter, old rapper who’s mad because the young MCs is having it” and you shouldn’t be either.

Without further ado, here are the most engaging, exciting and flat-out best punchlines from the 2016 BET Hip Hop Awards lyrics.

“They dressing like women, they calling it fashion/I call it ‘checking a nigga’/You calling it ‘bashing'” – Beanie Sigel

“I treat beats like black men when I’m policing/in other words, I be killing them for no reason” — John John Da Don

“I got so many bars, you’d think I’d miss subpoena” – Kent Jones

“So post this on your ‘Gram or Snap/’Cause like Usain, I can’t be beaten on the track” — Consequence

“A black person can not be a racist, so let’s recite the tendencies/Racism is an institution, created by the lies that hide in white supremacy” — Locksmith

“Now it’s time to drop the window, slime/Toss out your demo, I ain’t even like your intro, slime” – Lil Wayne
(Amen).

“These custys must be on dopamine or something/Who’da thought being dope in today’s age would mean nothing?” — Your Old Droog

Check out the HipHopDX Video section to see all the 2016 BET Hip Hop Awards Cyphers.