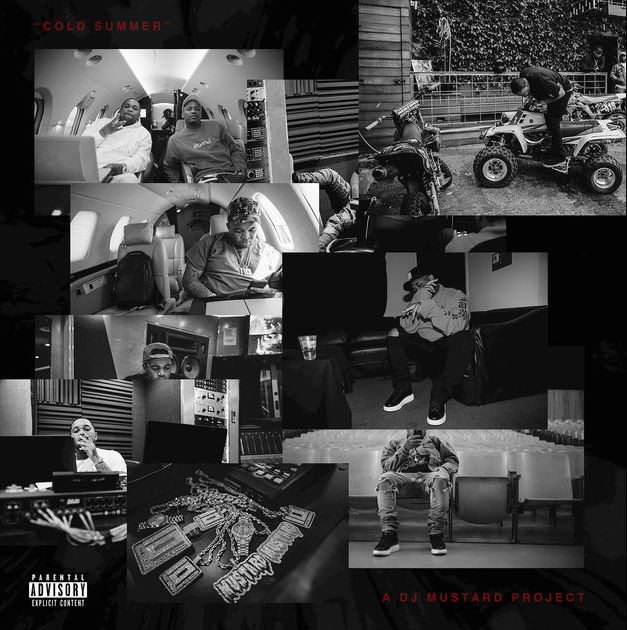 Yes, DJ Mustard’s album is titled Cold Summer and no, it’s no longer summertime. That hardly matters. Mustard’s compilation album creates a cohesive feel of trap-happy jams in spite of a high number of contributors.

Mustard succeeds where DJs Khaled and Drama failed in creating an actual album — rather than a loose compilation of big names — because he is first and foremost a producer. His signature sound, from trap drums to haunting piano keys that allude to Michael Myers lurking just around the corner, anchors each track. Occasionally, this leads to some of the songs getting lost in the iPod shuffle. There’s nothing remarkable about “Know My Name,” and “Want Her” relies on a chant of “All the rich niggas, want her, want her” that is repeated to a tired effect. However, more often than not the production, from the smooth vibe of “Lil Baby” to the ominous opener “Been a Long Time,” (a West Coast revamp of Eric B. & Rakim’s timeless “I Know You Got Soul”) is downright infectious.

Each of the 18 features is strategically placed to enhance the album, and several rappers, namely YG, Ty Dolla $ign, and Nip$ey Hussle, appear multiple times. Nicki Minaj stands out on “Don’t Hurt Me,” adopting a melodic flow to the vodka-on-ice beat and asserting her status in the game: “Even if you was Curry bitch, there’s still a LeBron,” she declares. Most statements aren’t as memorable. The predominant themes of hardcore posturing, partying and sexing are filtered through simple lyricism. “My cars go fast, my pockets is fat/I take your bitch and we go shopping at Sachs,” Nip$ey rhymes on “Ridin’ Around.” Lyricism is not meant to be the star of the show. Rather, melody and sound take precedence here. On “Dope Boy,” OT Genasis chants the title in concert with DJ Mustard’s soundscape, ensuring the hook will stay with the listener well after the song is over.

If Cold Summer was a joy ride, there are also a few speed bumps along the way. “Shake That Ass” is meant to be a stripper anthem but is unintentionally humorous with lines like K Camp’s “Ayy, bitch I’m paid/While you playing I might throw it in your face.” The brief interludes throughout the album (clearly meant to be comedic musings about the finer sex) are pointless and throw off the vibe Dijon so carefully orchestrated. Even worse, “Main Bitch” crashes the party with a painfully downbeat RJ educating us on the differences between how he treats his “main bitch” and his “side bitch.”

Fortunately, Cold Summer veers back into its lane with “What These Bitches Want,” which finds Ty Dolla $ign impressively interpolating the DMX hook from his hit off …And Then There Was X. Ella Mai’s beautiful crooning on “10,000 Hours” gives way to the finale, “Another Summer,” featuring Rick Ross, John Legend and James Fauntleroy. DJ Mustard’s spoken-word outro about his personal growth is inspiring, but there’s another moment on the final song that displays the album’s unity. When Ross raps, “Look me in my eyes and tell me what you see/you watched the homie come up from a mustard seed.” Even though the words are delivered through Ross’ husky voice, it feels like he is speaking for all 18 features, and specifically, DJ Mustard.

Therein lies the strength of Cold Summer. DJ Mustard gathered a slew of artists to create an album solidified by his unified vision and prowess behind the boards.