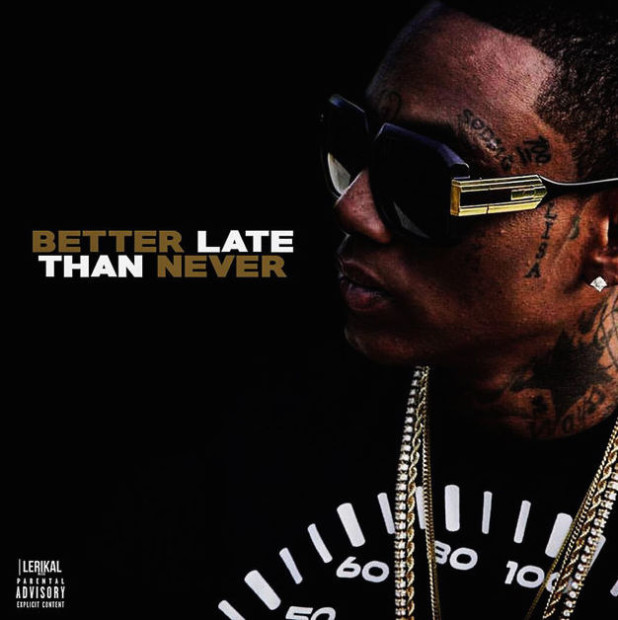 If you are like 95% of the population who listens to rap music then you are probably wondering: what ever happened to Soulja Boy? Well, since making the world “crank dat” back in 2007, surprisingly enough the Atlanta native has been busy putting out more than 40 mixtapes, four albums and somehow being mentioned in $400 million endorsement deals with World Poker Fund, which was by far the most buzz-worthy headline of the bunch. Soulja saw a brief spark back in his career with 2013’s hit “We Made It” – which was mostly thanks to Drake blessing it with a guest verse on the remix. But Soulja’s music is the unsolicited gift that keeps on giving and he’s back with Better Late Than Never, his fifth solo studio album.

The title of the album is fairly contradictory seeing as he’s released four mixtapes in 2016 thus far. This album is actually the furthest thing from “late” – in fact, it’s too early. If Soulja wanted to build any steam at all, he might have wanted to let his four recently released projects breathe for more than a month before hitting us with another collection of lazy Auto-Tune hymns. This album isn’t much different from anything Soulja has released in the past couple of years as he is so obviously trying to cash in on the digital sounding trapper sound that is currently taking over the genre. Unfortunately for Mr. SODMG though, he misses the target by a mile.

“Grindin” is a prime example of just how lazy his rhymes and delivery are. An effortless Soulja raps “I’ma sell an egg now, put it on the shelf/I’ma make a million, ’bout four hundred million/I’ma make a killin’, yeah they know what I did” which doesn’t look gawdawful on paper but when his comatose voice hits the track it sounds like he is half asleep. For the entire 15 tracks, there is almost no variance in subject matter. Soulja could have released it as one big 50-minute song and it would all follow the same lyrical trajectory. Lines about having money, stealing girls, shooting people and popping bottles dominate the project. Expectations have never been high for Soulja but after nine years in the game, he should have some kind of interesting story to tell that doesn’t involve “haters getting mad.”

“Do What I Want” features Lil Twist (whose voice could provide useful as a Martian from Space Jam 2) starring as a virtually extinct rapper trying to grasp any inch of relevance possible. At least Lil Yachty brings is semi-exciting energy to the loud and pulsating track “Young Nigga”. Putting some SODMG artists on the album wouldn’t magically make this album any more listenable but it would definitely give us a break from Soulja’s awkward talking/rapping combo. If there are two songs that you can maybe add to party playlist, it’s “Brought a Bag” and “Pineapple Fanta”. There isn’t anything that Soulja does to make this pair standout but the beats are pretty hot and the choruses run the risk of getting stuck in your head.

As much as this album nose-dives, it shouldn’t come as a surprise. At the very most, he is good for a small handful of turn-up tracks that will manage to sneak their way into the corners of a few DJ sets. Perhaps an EP would suffice next time?