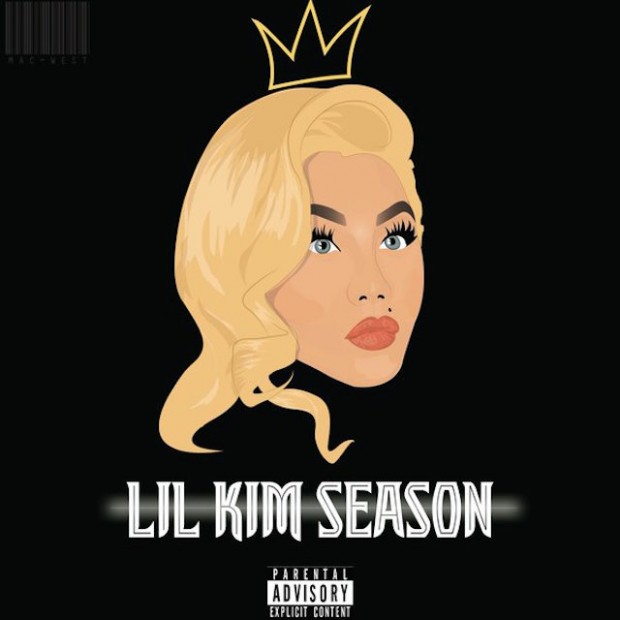 Is Lil Kim still in love with rap? The question is poised methodically and ultimately unanswered as the temperature changes on her most recent mixtape, Lil Kim Season. Overtop a 10-track combo of existing hot singles (i.e. Desiigner’s “Panda”) and brand new Brooklyn flair (“Did It for Brooklyn” featuring Maino), the former ace in Biggie’s camp too often settles for blending in opposed to being emboldened, regardless of who’s producing the track.

That’s not to say Kimmy Blanco has lost her touch for creating a presence whenever a mic is within arm’s reach. Her penchant for storytelling raps that illustrate her limitless wardrobe from retailers on Rodeo Drive and Kara Zor-El vagina muscles are still very much intact. The cold opener “Fountain Bleu” covers all those bases and then some as Kim situates herself as “Frank in the hotel lobby” where she recounts breaking some highroller’s bank for a night in the sack. Elsewhere, Kim virtually makes Omarion’s “I’m Up” her own with “I’m Dat Bitch,” thanks to Nic Nac’s playful production reminiscent of her early 00s glam era and catchy hooks (“One, zero, zero, zero, bitch and a comma”).

Lil Kim Season does, regrettably, sprinkle amnesiac vibes on the legend of Lil Kim the “trendsetter” for much of the LP’s duration, however. The Mother of the OG Beehive (it is what it is); Imaginer of alternate Sprite can usage; Platinum Diva seller of female sex on wax; should still be creating songs like Zoey Dollaz’ “Blow a Check” instead of being buried on the remix with Puff Daddy and French Montana. Her Rihanna “Work” cover also falls mighty flat, considering her highest charting solo hit in 2005’s “Lighters Up” had patois in its blood. Releasing four mixtapes in eight years isn’t the type of work ethic the populous reserves for one with claims to the throne and Lil Kim Season feels more like a vet attempting to prove to themselves they can still be war-ready now that motherhood and other endeavors have taken precedence.

The project’s redeeming qualities emerge as a pinky swear Kim can still contribute to a culture shift, if the follow through is acknowledged. Producers are creating beats that accent Kim’s aggressive baritone more than ever and the lyrical damage she does to the OVO camp’s “Summer Sixteen” all but justifies this shoddily mixed tape’s existence. If her heart is really still into rhyming, the payoff for everyone should be nothing short of epic.