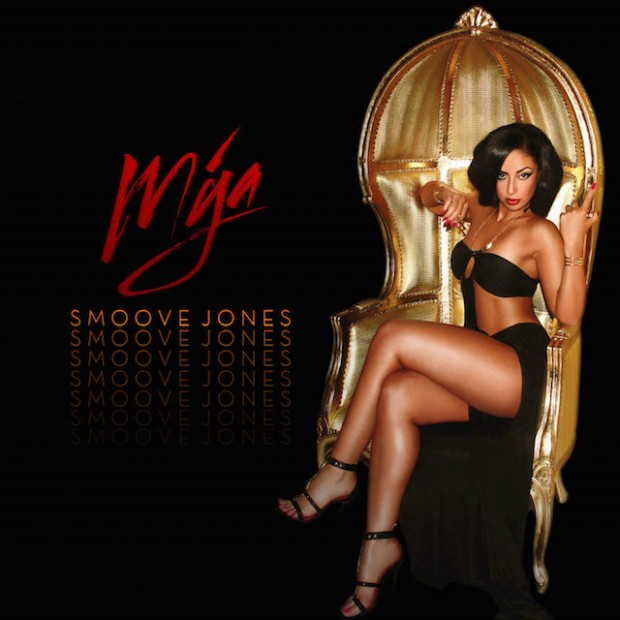 In the midst of today’s atmospheric trap R&B, traditional style artists are becoming more of an afterthought. The rise of Auto-Tuned singing over trap drums has cast a shadow on some very talented R&B singers and songstresses. Couple that with conventional R&B artists shifting to a much more independent formula, more than a handful of good artists have their careers in the abyss of the uncertain. One of those artists just happens to be Mya.

If you look at the numbers, you’ll see Mya has a strong track record. Over her 18-year career, she has had a No. 1 hit, three Top 10 singles and eight Top 40 impressions all on the Billboard Hot 100. However, on her 7th studio album Smoove Jones, Mya appears to be more focused on simply making good music.

Valentine’s Day marked the release of Smoove Jones but the album isn’t as sappy as you may think. There are definitely some love-driven cuts; don’t get it twisted, but Mya doesn’t hesitate to bring out all parts of her musical arsenal. She even goes as far as revealing her alter ego; Smoove Jones, who serves as a fictional radio show host on a station of the same name. On the Hip Hop influenced “Elevator” her Smoove Jones persona shines through with an impressive 16-bar verse as she spits lines like “Don’t catch feelings, just catch a flight.”

Smoove Jones is only 11 tracks long, managing to squeeze all the goods into one tight package with minimal filler. Whereas “Phya” boosts the tempo powerful vocals and near perfect song structure, the album takes a turn for the more emotional on tracks like “Team You” and the most ballad-esque song “One Man Woman.” The latter record rides the coattails of ConFunkShun’s “Loves Train” and does the original more than its just due. It’s a slow building, note-hitting ode to the women that have settled down with a good man. It’s the type of song that you would hear on your #RelationshipGoals Spotify playlist. Things get a little more dangerously intimate on “Smoove Jones Afta Glow Show.” Mya employs much more finesse to her already seductive voice with aphrodisiac talk: “I don’t know what’s just/Come over me, but suddenly/I’ve got the urge to feel your body.”

“Spoil Me,” however, is the album’s low point, rendering itself a guaranteed skip. A mediocre beat is matched with a flow that sounds like a direct rip off of Beyonce’s “Diva.”

After listening to Smoove Jones, it’s easily understood that Mya has been in the R&B game a long time. Her near 20-year career has given her enough life experience to put together an album that sounds as cohesive as it does varied. Although this album may not see any action on the charts, it does prove that Mya’s talent level is among the elite.