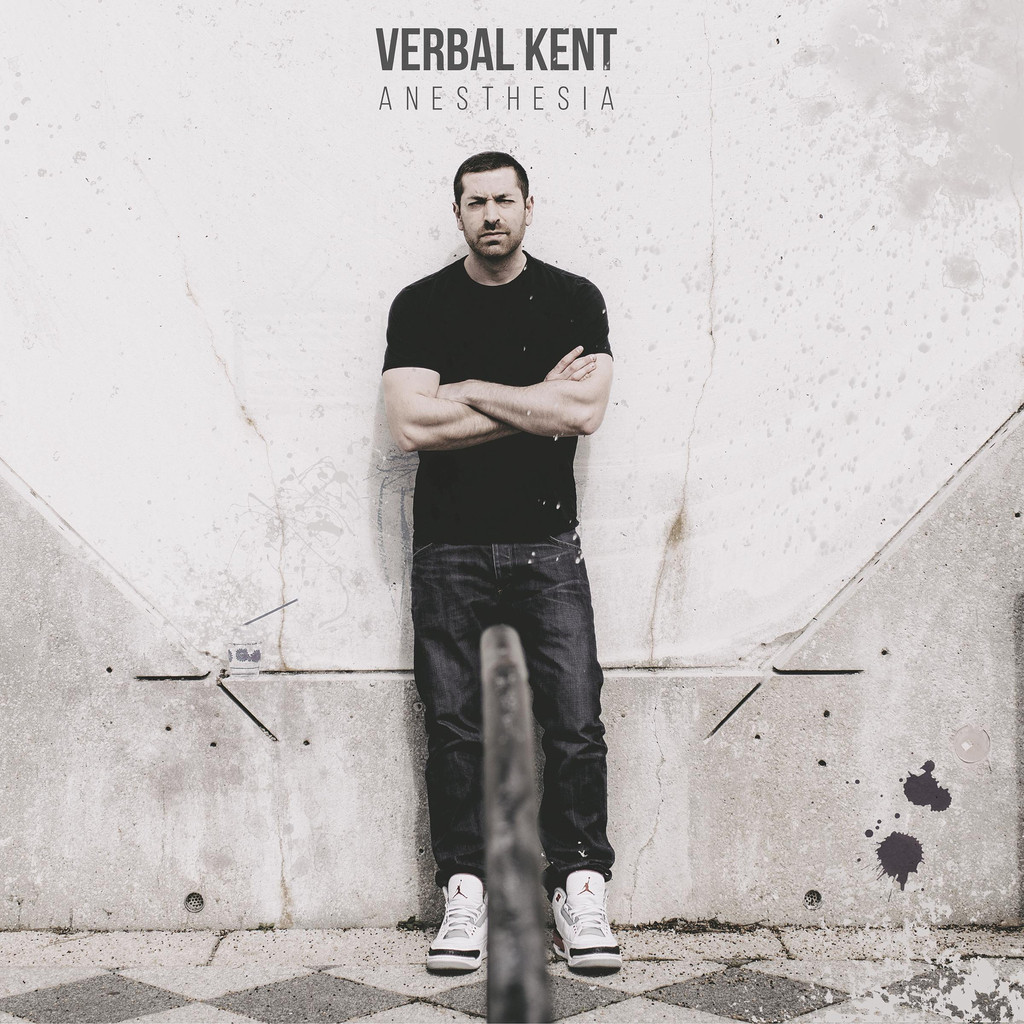 From the moment the crackling percussion and triumphant piano chords of “September” from Verbal Kent’s latest album Anesthesia comes through a pair of headphones, listeners will probably hope with all their might that it will be a heavy dose of reality from the Chicago emcee that’s made specifically for roughshod head nodding, and tons of introspection. And on his seventh solo album, Kent aims to deliver just that: uncompromising, bar-heavy rhymes coupled with blunt, weighty production that has traces of rough radiance and sheer superiority, even if the album as whole doesn’t deliver the same thing.

Anesthesia starts out with Kent riding a consistent wave of powerful, beastly production work on tracks like “Illustrate” and “Suitcase Switch.” Especially on “Add Anesthesia”, which is about as brooding and shadowy a soundscape that one can get without, Kent allows himself to delve into his more baneful side, rhyming about giving in to demons and being alone in the alleys and the shadows of his neighborhood over KAZ 1’s rueful beat. It’s a testament to the obvious time and effort that Kent has taken to choose the right crop of beat makers in crafting this latest album. That same energy can be found in the choice guest stars appearing on Anesthesia: Freddie Gibbs gives a gripping 16 bars on “Suitcase Switch,” while Skyzoo and Torae come through and leave body bags on “Wilkes Booth” and “Cyclops Muscle,” respectively.

The album begins to soothe itself by the time “Feel The Power” hits its stride, as Kent falls into a smoother but still aware mood and begins to trade in the rough patches for a more refined sound. Which eventually leads to the topical self-awareness of “Notes,” and later on, the understated thoughtfulness of “Save Face.”

But the main issue with Anesthesia is that throughout the listen, it seems to be having an identity crisis: it doesn’t quite know whether it wants to be a boom-bap-inspired record, a straight-no-chaser cautionary tale or a lyrical bar fest. Essentially, it ends up being a collection of songs that are strong in spots, but don’t fit very well together. Granted, most albums these days are going to fit that mold anyway. But with the throttling, bass-tick production, Kent’s own unorthodox but effective delivery and some substantially major names in Hip Hop as guest stars helping mightily to make Anesthesia what it is, it’s a wonder that Verbal Kent wasn’t quite able to pull off the feat of taking this album from being so-so to superb. Sadly, we don’t get all that we need from Kent’s latest outing. Is it a respectable piece of work sure to satisfy Kent’s core audience? Yeah. Is Anesthesia as strong and harsh but necessary a dose of medicine as it could have been? Not quite.