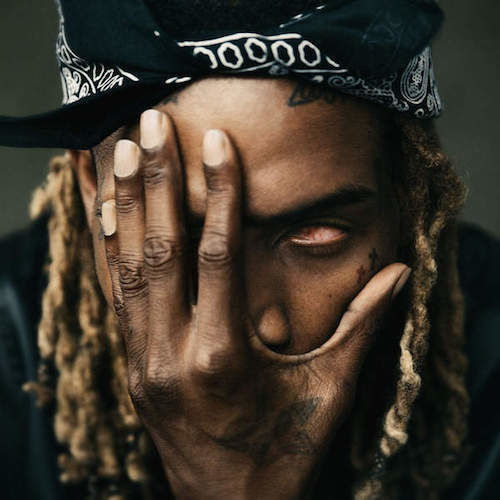 Having one’s first four singles make The Billboard chart must be an undeniable confidence builder. Then again, this is Fetty Wap, a man whose visual aesthetic is as unique as his music. For the artist representing Paterson, New Jersey, “Trap Queen” became a cultural phenomenal for several reasons. It took heavy inspiration from Atlanta’s insanely popular trap scene, had a slick R&B twist and served as a romantic ode to all women across America willing to help their men distribute illegal pharmaceuticals. Then Zoo Wap’s almost anthemic vocals pipes utilizing heavy doses of autotune is very in-line with modern radio-friendly Hip Hop. Drake hopping on the “My Way,” remix along with “679” and “Again” pulling numbers only served to heighten his profile and really made 2015 such an undeniable breakout year. Despite the success Remy Boyz’s de facto leader managed to have, only one question remained: Would that translate well into an album? Unfortunately, that answer is no. Wap’s self-titled debut is a jumbled mess with several glaring problems throughout its 64-minute time span.

There’s a raw mixtape vibe to Fetty Wap that hurts more than helps the 2015 XXL Freshmen on his 300 Entertainment debut. Instead of feeling like a cohesive body of work, tracks just seem thrown together in hopes of something sticking. Two risky moves don’t bode well for Wap’s major label debut either. First, Remy Boyz member Monty is featured on seven of the album’s seventeen tracks. While his guest verses on “679” and “My Way” serve as positive highlights to how well both artists work together, that doesn’t spill over too well for the rest. This includes everything from Fetty Wap’s second track “How We Do Things” to “No Days Off.” Second, relying on several relatively unknown producers result in uninspired sonics which never propel anything forward musically. Producers including Brian “Peoples” Garcia, Yung Lan, Shy Bogs and the rest of the crew all feel as if they’re still going through the development motions. Staying extremely close to loud sounds backed by simple 808s.

Glaring problems with Wap’s vocal performance are more apparent as Fetty Wap begins to really lose steam around the halfway mark. A few bright spots like “Time”(again featuring Monty) and “Couple Bands” do show off some interesting directions. These moments prove Wap has the ability to sing in key. Things go far left when Wap actually tries to rap. “Boomin” is all bark and no bite with light bars like, “Zoo Gang is we scoring like we hooping, fucking with my money is you stupid?” Even “Trap Queen”s sequel “Trap Love” adds more redundancy. Thematically, there are essentially three subjects Fetty Wap doesn’t stray far from; romance, drugs and money. That wouldn’t be a problem if a sizable chunk of the album didn’t sound so phoned-in.

Considering the single success Wap had this year, the expectations for Fetty Wap were obviously high. The problem is that the album is creatively too safe even when taking on large gambles. This makes the entire of the project sound like a task to actually listen through. Past the platinum covered shine his singles presented, Fetty Wap is overwhelmingly hollow and unrefined beneath the surface. If Wap’s first outing displays anything, it’s that the novelty may be wearing off quicker than expected.