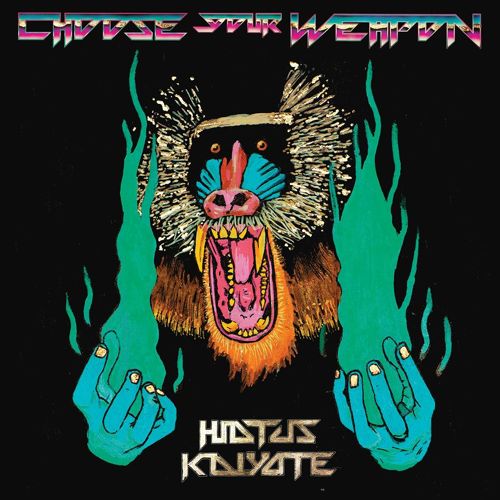 While contemporary American pop spent too much time focused on one “Fancy” rapper making her home stateside from Mullumbimby, New South Wales one particular group were slowly gaining ground 1020 miles south in Melbourne. By the time many caught up to future-soul quartet Hiatus Kaiyote, their 2012 breakout single “Nakamarra” earned a Grammy nomination for its Q-Tip assisted remix two years later. This essentially made them the first and only group from the country to even get recognized in a category normally dominated by African Americans. Interesting considering that year, Macklemore & Ryan Lewis swept up nearly every rap category over Hip Hop’s champion Kendrick Lamar. In Hiatus Kaiyote’s case, no one bothered placing them in the “cultural appropriation” conversation for probably two reasons. People either appreciated their eccentric take on funk and soul as pretty phenomenal, especially on their debut Tawk Tomahawk. Or, not enough even noticed them. This is what makes their follow-up Choose Your Weapon such a triumph. It retains the dense, sonically progressive elements of Tawk Tomahawk while being an incredibly easier listen.

Lead singer Nai Palm, drummer Perrin Moss, keyboardist Simon Mavin and basses Paul Bender manage to add layers without overcomplexity. They manage to retain their status as “polyrhythmic gangsters” by smoothly transitioning between sounds; sometimes three times on each track. After the intro that sounds like George Clinton’s take on the THX theme, a mysterious voice announces the album’s title. It becomes abundantly clear that each following track displays a creative weapon in their music arsenal including opening track “Shaolin Monk Motherfunk,” a monster first impression that transforms between swinging jazz bass lines and mid-50s rock n’roll without breaking a sweat. Holding everything together is Palm’s much improved vocals that display a range of emotions for each exercise in musical self-indulgence. There isn’t a better example than the R&B tingle of “Borderline With My Atoms,” where she hits between sweet and aggressive notes about love on a molecular level. This is also where Choose Your Weapon’s songwriting becomes a lot less cryptic than Tawk Tomahawk and therefore, more effective. “Breathing Underwater,” has Palm delivering engaging vocal runs on limitless love that’ll have someone attempting the impossible with Moss’ synthesiser prowess providing stunning melodic backing. African polyrhythms become an exciting midpoint of “Jekyll.” Sandwiched between Palm’s emotive ballet and neo-soul aftershock.

Fans of Hiatus Kaiyote’s By Fire EP last late November should be excited that all three tracks manage to fit cohesively into Choose Your Weapon’s world. Slow-jam homage to Hayao Miyazaki “Laputa,” slickly tight “By Fire,” and the sweetly tuned “Molasses” still sound as fresh as their release several months ago. By the time Choose Your Weapon nears its hour and one minute run-time, closer “Building a Ladder” concludes an album filled with experimental soul that is perfect for a crowd more in tuned with Thundercat and Flying Lotus than anything. Hiatus Kaiyote’s love for stable nature(“Swamp Thing”) and frantic technology (“Atari”) makes them fearless and unexpected. There’s a reason why Salaam Remi signed them over to his Flying Buddah imprint at Sony and Questlove managed to shout them out in that polarizing Time Magazine interview. They make poignant soul that’s fresh sounding at all angles. Most importantly, Choose Your Weapon stands on its own as one of the year’s best albums.