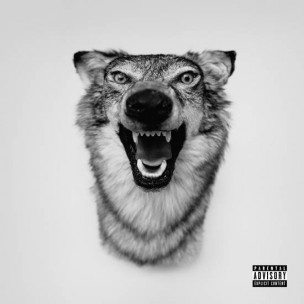 Gadsen, Alabama native Yelawolf’s second studio album Love Story operates in a unique space as a caustic journey into the heart and soul of both a man and artist attempting to find a consensus within the twin lineages of outsider rap music and Southern hip-hop culture. In this being largely uncharted territory, the album veers in numerous directions to connect with these disparate audiences. Yela’ experiments wildly with more traditional forms of guitar folk music and then adds Hip Hop elements to that formula, crafting what amounts to a kind of musical alchemy. But does he create a chimera? Or in channeling Bob Dylan and Johnny Cash does he steer his box Chevy into a ravine?

On Love Story, the effort, creativity and ambition is more than there, and his tremendous talents as an emcee and clear artistic voice are very much present. Malay handles tracks like the soulful “Empty Bottles,” and errs closer to a sound more in line with the H-Town (lean-tinged, bass strung forays into melody) and Memphis-styled production that got Yelawolf signed to a record deal in the first place. So it is when this album features slow, crunching drums and barely-there guitars that the dark, soaked in moonshine vibes of Trunk Muzik era Catfish Billy shines. But it also shines in other, weirder places, like the other side of the tracks themed “Devil In My Veins.”

What’s wrong with that, right? He’s said that this album represents a new beginning for him. And new beginnings mean stark contrasts to what made us listen in the first place. In this new journey he mostly succeeds, crafting spiritual, nearly gospel tales as on “Best Friend,” and the folksy, blues driven “Have A Great Flight.” So in moving from more traditional boom-bap sounds to even more traditional bluesy, swampy ones he’s found a groove he couldn’t have found otherwise. But also seems to leave something unsaid on the table, slightly out of view.

The album has no true “best work” per se´. And instead veers into and out of multiple lanes of music making. It’s disjointed but not jagged, and “Best Friend” fits nicely on the album after “Devil In My Veins.” The work is almost beat like, Jack Kerouac hitchhiking into the American dream searching for Denver or Chicago or San Francisco. His honest and angered storytelling of a life as a slumerican works as a point-counterpoint to Eminem, finding the metaphorical pot of gold at the end of the rainbow. For an artist that is still largely searching for his voice, he simply decides to give you all of them, and his vision feels disparate, a violent spectrum of visions colliding. To that end, songs like “Empty Bottles” ring true because we get something more straightforwardly personal, and are (like so many performances on Love Story) as world-weary as they are soul connecting, too.

When Love Story is great, it’s when the unique pieces of Yelawolf’s life discover similarly off-kilter spaces in which to manifest a new voice. Honest to his struggle and too great of a rapper to be completely dependent upon gimmickry and hooks, he occupies a space all his own. Therefore, the closer Yelawolf stays to his more organic-to-his-roots style of Southern rap, he excels. And when he experiments within this space, even greater results are to be had as the superlative “Johnny Cash” shows. He even succeeds in some of his Bob Dylan like leanings, making a space where he sometimes sounds like Fleet Foxes, and other times like Eminem. However, when he attempts to veer too close to mainstream tastes as on “Heartbreak”, it turns Love Story into an album that selectively excites, pinning down only one demo at a time.