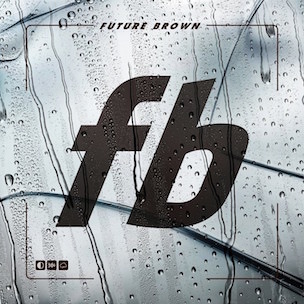 Supergroups are mostly a thing of the past: D.I.T.C, Native Tongues, Boot Camp Clik. The alignment of stars, pun intended, has given way to smaller crews of friends who naturally grew together before music was involved: Pro Era, Two-9, Odd Future. But recently, both of these trends have been exemplified in a group of producers and DJs: Future Brown. The four piece is composed of Nguzunguzu’s Daniel Pineda and Asma Maroof as well as the multi-talented creative Fatima Al Qadiri and Lit City Trax founder Jamie Imanian-Friedman (J-Cush). While they’ve known each other for four years now, they’ve only recently released their debut album through Warp Records.

Based on interviews, it seems that the delay in this release came from very legitimate reasons. They cast out a large net for features to artists they genuinely were fans of, planting seeds to organically form friendships with them. This was not a project spawned from hopes of scoring a #1 spot on Billboard charts or Platinum RIAA status after a week. It was more a work of passion and fulfilling dreams. And considering that they are producers with a boundless vision, geographically and musically, the net they cast was a large one.

Although every track has at least one guest vocalist, and at most four, the self titled album only clocks in at 36 minutes. The best way to mentally approach this album is go back in time when friends used to make mix CD’s for each other and keep each other up to date on new artists. This album is like a personal mixtape that four friends put together for your own enjoyment. You may be familiar with a few artists like Tink, but others like Riko Dan, may come as pleasant surprises. It’s also a disguised time capsule and platform for lesser celebrated artists in an age where the playing field is saturated by half hearted performers and distorted by social media.

Melding genres are one thing, but celebrating them is another thing entirely, and Future Brown succeeds in achieving their goal of a carefully wound declaration of musical independence. Most of the sounds used would be nearly impossible to recreate with acoustic instruments, giving you a feeling of distant familiarity at best. Whether as an effect from the cover art or not, that distant familiarity also ties loosely into a cold, metallic vibe common throughout the album. The strange, new sounds challenge what perceptions you may have had of the vocalists. The production is spot on, in the sense that they tailored each beat well to the respective featured vocalists and content matter of the lyrics. They have no issue going from welcoming Sicko Mobb’s bubbly, melodic sound on “Big Homie” with steel drums and watery strings, to a foreboding Reggae drum rhythm with long, drawn out bass lines for Timberlee, and then a light, Reggaeton ballad with Maluca.

The complexity of their production comes more into play when there are more than one vocalist on a single track. The beat is constantly evolving, swelling and shrinking, to complement the vocalists’ acoustics. The best example of this is on “Dangerzone” with singer, Kelela. The group uses minimal amounts of percussion to allow Kelela’s delicate voice take center stage. Not only do they know that less is more, they know when to execute it. Although it’s unclear as to what exactly each producer contributed to each song, it’s not tough to deduce that each did so equally with the multiple variations of the same beat. For the most part, there are no stand out verses from any of the emcees. The abundance of Chicago and Grime emcees also make it apparent that Future Brown has a thing for fast and unrelenting flows. And they hinted at working with Migos for their next project.

While they may not have made any political or societal commentary with their production, they did convey a message in a music video for the track, “Vernáculo.” They considered the video an exhibit of sorts for “capitalist surrealism.” The standards of beauty portrayed by large corporations are largely contrived excuses to promote consumerism. Although it’s after the fact, even without a mic in front of them, they’re able to put forth an alternative view.

Ultimately, the debut album from Future Brown is a personal one for them. It’s a prime example of the kind of unique music artists can create through fairly futurist channels like Warp. As a result, from a Hip Hop perspective, the novelty of the nuances in production can only last so long before one has to pay due attenetion to the vocalists. But, there is still enough variety in styles that make it a successful conjuring. And, once there, the free-form melting pot of production and vocals continues to satisfy.