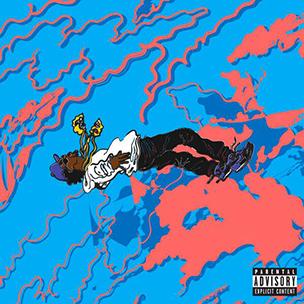 Iamsu! opens Sincerely Yours interpolating the late, great Pimp C. In many ways, it signifies who he is or perhaps who he aspires to be. His sing-songy reanimation of the classic swaggering bars from the best verse in Jay Z’s boisterous hit, “Big Pimpin’,” hums through sans charisma, and it segues without affect into Sudan Williams’ own life story, one lined with Rap clichés and forced hubris. Even so, he simply doesn’t possess the innate charm necessary to truly flourish amid the vibrant Bay Area sound. Iamsu!’s debut LP sloppily peruses trademarks of his mixtape discography, but it follows the outline established by its predecessors with eroding success.

Sincerely Yours is the derivative of Kilt II, which was highlighted by its hyphy-esque thizz music doppelgangers and its unorthodox, croon-heavy deviations from that norm. “I Love My Squad” is its “Rep That Gang”; “Girls” is its “Sexy Ladies.” They are so similar that one of Kilt II’s best cuts—the fun “Hipster Girls”—crept into the debut’s bonus tracks and fits right in. The second installment of the Kilt series was Iamsu! at his very best: It did all the right things in sequence. Sincerely Yours never matches its energy and lulls, in part because of too much warbling. When Su sings, his voice isn’t particularly rich, but there is a bit of bite to his timbre. He isn’t a naturally gifted vocalist though, so his tone doesn’t always lend itself to the betterment of his aesthetic when lathered on heavily. While Kilt II used it sparingly, Sincerely Yours abuses it, and it detracts from the overall experience. As a whole, Iamsu!’s debut feels marred by a lack of intrigue in the wake of so much sameness.

Iamsu! is a relatively adept rapper—far more proficient than his HBK Gang comrade Sage the Gemini—but he isn’t quite an efficient song maker. He has yet to generate a true club hit like Sage, and the rest of his music lands in other uncharted soundspace (both figuratively and literally). “T.W.D.Y.” falls well short of similar charting songs fashioned in the same vein—YG’s “Who Do You Love?” for instance—and “Girls” isn’t exactly a ballad in the purest sense, though it would like to be. His content is rather formulaically structured lyrically, and he isn’t a particularly profound songwriter, so he often relies on the strength of his production to carry him. Unfortunately, outside of spurts of genius, Sincerely Yours doesn’t punch with the ferocity of past work. In total, it is somewhat blasé.

At its maximal output, Sincerely Yours adventurously explores the Bay Area’s established sonic terrain with renewed vision and ambition. “Back On Your Mind” is the perfect conjoining of his hyphy roots with an infectious, crooning hook. “Stop Signs” lays some of Su’s most slapping drum programming to date. The greatest song on the debut by a wide margin is “Ascension,” which doesn’t completely step out of pocket but it does shift the tone and feel. Its rumbling bass and airy vocal sample are simply breathtaking. It is far and away the debut’s best listen. For the better part of its 46-minute run, however, Sincerely Yours struggles to differentiate itself from Su’s mixtape standard, and it is underwhelming as a result.

There’s a good chance that Iamsu! may have already reached his apex and we just missed it; in hindsight, Kilt II may be his magnum opus. Sincerely Yours feels diminished in comparison. It attempts to do many of the same things sonically but falls short of the mark. If this decline continues, his music may grow tired entirely. “This rap’s become monotonous, going in a circle / So it forces me to go in early as my curfew,” Su raps on the LP’s title track, referring to other MCs. What irony. It is his routine that may be growing repetitive.