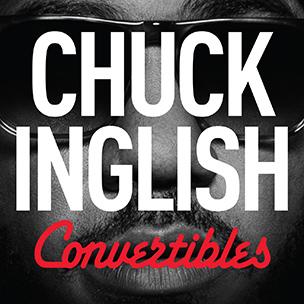 It’s safe to say that Hip Hop is about as diverse and variant as it’s ever been. Sure, there will always be the stubborn stalwarts that constantly squawk about how every song sounds the same. But if you’ve been paying close enough attention since the mid-2000s, a number of artists lazily shoved into the “hipster Rap” category, including but not limited to Kid Cudi, The Knux and The Cool Kids, have actually done a lot to push the music towards uncharted boundaries once thought too soft, too strange, too alien or too trendy for Hip Hop.

With The Cool Kids currently focused on their respective solo hustles, Chuck Inglish has struck out on his own, attempting a continuation of the momentum the duo created via his next solo offering, Convertibles. Overflowing with a myriad of contrasting soundscapes and melodies, Inglish is out to prove that his type of Hip Hop can spread itself to just about any genre and still remain intact. But even with moments of inspired eclecticism and flashes of clever verbal wit, Inglish’s follow up to his Droptops mixtape falls just short of being that damn good.

Inglish seems to find comfort in being a go-between Hip Hop artist, able to passively swing from one specific structure and style to another. “Legs” featuring Chromeo is a full-on nod to Daft Punk’s throwback dance music success on Random Access Memories and much of the retro post-Disco leanings that seemed to dominate popular music last year: bouncy, bass-driven, analog-rich and sugary sweet. Talk of Chuck’s desires to pay homage to Michael Jackson’s Thriller will no doubt be aimed at “Legs.” But on another side of the musical Rubik’s Cube that is this album, “Game Time” with Action Bronson is a chilled out, meaty chunk of mixtape-like brag Rap, featuring two of the game’s best at boasting.

But even with all of that going on, Inglish isn’t satisfied and actually does a commendable job of keeping listeners thoroughly entertained one song at a time, even if he doesn’t do so from one track directly to the next. “Shitty Lullaby” is centered on lyrical musings of relationships gone awry, yet drenched in an upbeat yet mellow old school nightclub groove. A melodic yet violent rock guitar at the beginning and end provides what is easily the most abstract moment on Convertibles on “Prism.” The bizarre, tinkling wah-wah instrumentation is reminiscent of Prince’s “When Doves Cry,” and the entire track is gently kissed with Jade Hurtado’s pleasantly ariose voice and lyrics about longing to break out of a shell.

And even album closer “Glam”—with Chicago’s “It Dude” Chance The Rapper, is wrapped in a warm blanket of motivated experimental Fusion Jazz—proves that Chuck isn’t afraid to take Hip Hop into risky waters that emcees dare not even attempt in 2014. But the main issue is that Convertibles preeminent strength is also it’s most jarring weakness: most of the songs stand strong as their own separate entities, each telling their own story and touching on a different high or low. But they don’t always mesh well together as a consistent, wholly listenable project.

Even with many of the compelling and genre-altering moments found on songs like “Prism,” “Mas o Menos,” “Glam” and “Dream,” and the refreshing old school flavor of songs like “Money Clip” and “Game Time,” the general lack of cohesion dims Convertibles’ overall quality. Pair that with the fact that Inglish has always been known for enjoyably passable but not necessarily elite lyricism, and you’re faced with an album that’s fun and even at times challenging, but not as memorable as it should be.

But give Inglish kudos for not balking to trends and being ballsy enough to venture far past the predictable and the stale with Convertibles. Frankly, it’s a listen that’s pretty enjoyable and well rounded. It could just stand to be a more tightly knit as a body of work.