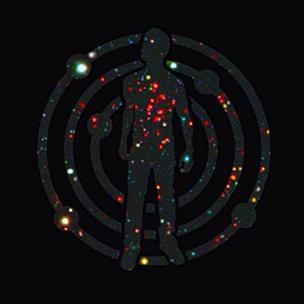 If there’s one thing Kid Cudi has proven throughout his atmospheric rise, it’s that he’s not afraid to take a road less traveled, regardless of if the risk is worth the reward. Along the way, the Cleveland, Ohio native has become somewhat of a Rap anti-hero, as he explores themes and musical styles that aren’t typically championed within Hip Hop. Kid Cudi continues this ambitious streak on SATELLITE FLIGHT: The journey to Mother Moon, which serves as his most cohesive album, as well as the furthest he’s navigated away from the boundaries that have been set for Rap artists in its current era.

Maybe the most surprising element of SATELLITE FLIGHT—aside from Cudi’s unexpected release date—are the four instrumental tracks that are found on the project. Fans with two (full) hands can figure out just how many songs are left that feature vocals from the 30-year-old artist. What soon becomes clear is that each instrumental plays a significant role in shaping the musical path that he takes on this album. “Destination: Mother Moon” delivers an epic opening theme, where the listener can visualize Cudi’s ascent into space before he hits cruise altitude on the Rock-infused “Going to the Ceremony.” Similar to his explorations from the Man on the Moon series, Kid Cudi is once again alone is his travels here. “Drinking again, drinking again / Bottles up, I’m in to win / But none of my friends, just me and this bottle,” he quips, as if he wouldn’t want it any other way.

“Copernicus Landing” is another ethereal moment without words. It initially starts out with an intense vibe, before transforming into an enchanting tune that sets up what is without a doubt one of Kid Cudi’s best records to date, “Balmain Jeans.” Passion meets urgency as he throws his complete focus behind discovering euphoria between the sheets. The lush production builds up to a melodic climax, and Cudi plays along by sharing his deepest desires. “I need you to protect my heart / Gimme your hand, put it here / This is where you start,” he croons with poetic cleverness. The inclusion of Raphael Saadiq only adds to the sensual flare, as the celebrated soul singer ends the record with sweet vocals about the love connection that is taking place. “Balmain Jeans” is like “Enter Galactic,” but on steroids. Or maybe more appropriately, MDMA.

Even with these incredible experiences, isolation and heartache play a factor in Cudi’s journey much like they have in the past. The second half of the album highlights his more emotional state with tracks like “Internal Bleeding” and “Too Bad I Have to Destroy You.” The latter record finds Cudi returning to his rapping roots, where he takes aim at everyone who has criticized his moves. Over a piercing synth melody, he rhymes, “This should be in the Bible, middle finger up to the people who don’t like you / Who have no valid reason to say they never liked you / We don’t give a fuck fam / So what? We never liked you niggas anyway.”

His efforts on “Internal Bleeding,” while certainly emotional, pale in comparison. Cudi spends the better part of the record wailing about love lost, but his voice feels so distant that it’s difficult to connect with his pain. “Troubled Boy” is also lukewarm, punctuated by Cudi’s bleak vocals and an eerie guitar riff that goes nowhere. On a related note, it’s odd that Cudi chose “Troubled Boy” to end his album considering its predecessor “Return of the Moon Man (Original Score)” is so exhilarating. This decision is reminiscent of when Kid Cudi closed out Man On The Moon II: The Legend of Mr. Rager with the drowsy “Trapped In My Mind.”

Flaws and all, SATELLITE FLIGHT: The journey to Mother Moon stands as one of Kid Cudi’s biggest accomplishments. Rejuvenated. Recreated. Rebooted. Call it what you will. Scott Mescudi made an EP’s worth of material feel like an album, and he did it without surrendering his artistic integrity in the process. If SATELLITE FLIGHT truly is a bridge between Indicud and Man on the Moon III, fans will be in for a treat when the third installment is finally released.