Kid Cudi - Man On The Moon II: The Legend Of Mr. Rager 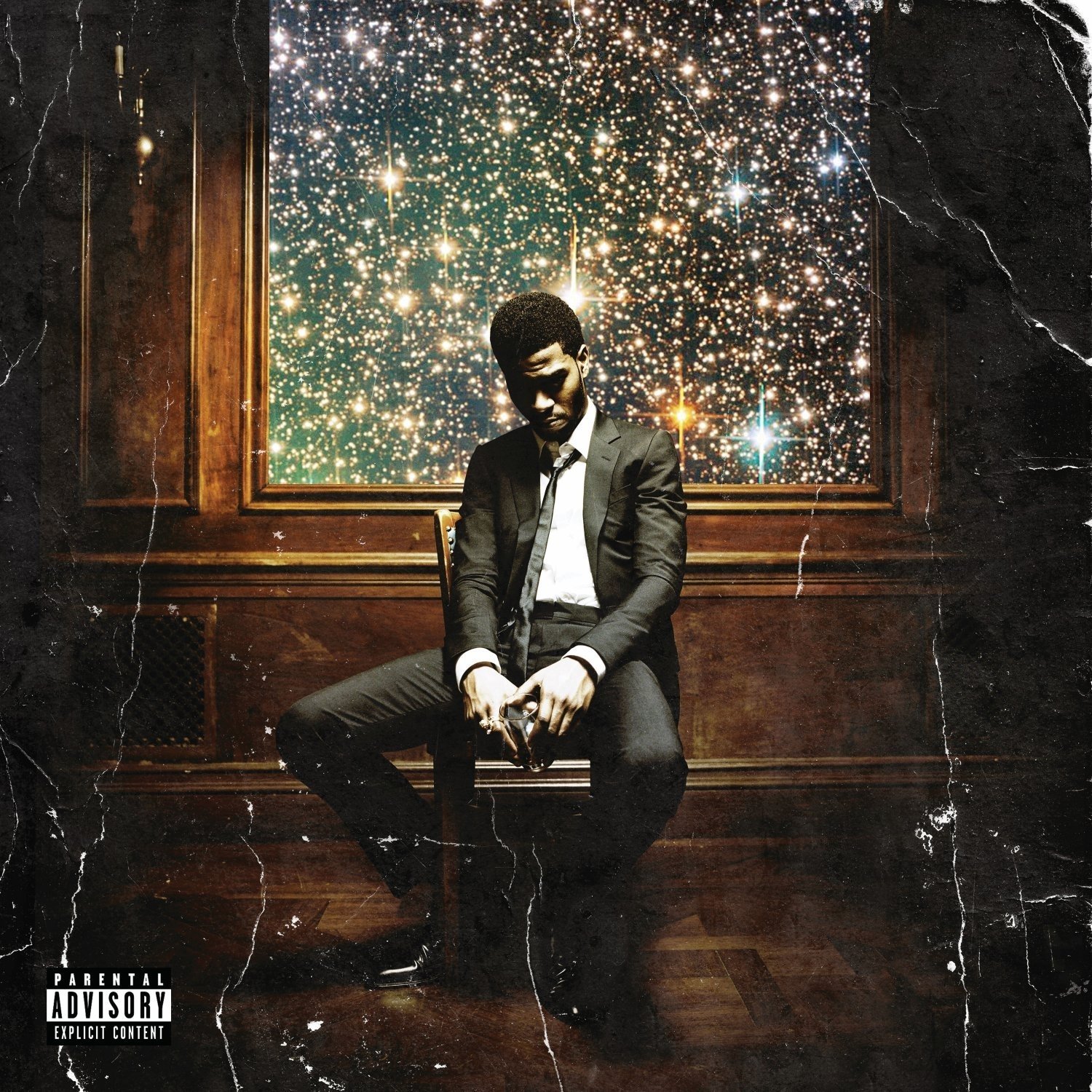 Nearly prophetic, the ending pledge from Kid Cudi’s debut release Man On The Moon: The End Of Day had Common suitably announcing, “The end is never the end. A new challenge awaits; a test no man could be prepared for. A new hell he must conquer and destroy; a new level of growth he must confront himself.” Overwhelming fame, drug abuse and a child later, the man born Scott Mescudi has found himself on a new journey that doesn’t include a new galaxy but rather a conquest that begins from within. Cue the creation of Man On The Moon II: The Legend Of Mr. Rager, an album that delves deep into Kid Cudi’s psyche as he attempts to unmask his altered state, better known as Mr. Rager.

Whether it’s his heavy soul-searching on “These Worries” or the unraveling of his suppressed thoughts (including suicide) on “Don’t Play This Song,” it’s evident that he’s been carrying a lot on his mind. On the latter track, a sensory overload of synth percussions pulsate the immediacy of this internal pain as Cudi explains, “I’m in a maze, I’m in a daze, I’m losing it / I’m locking in my rocket ship, I’ll be a blip on your radar bitch / Feels like things can recover / Until the day I’m above myself hovered.” While most artists would use a record like “Marijuana”

to celebrate their excessive use of green bud (think Curren$y and Wiz Khalifa), Cudi tactfully presents it as a relief to his mental distress. Blending in the proper backdrop, producer Dot Da Genius provides a Trip Hop melody that infectiously rides out even when Cudi is done musing about his remedy.

This is not to say that his latest offering doesn’t have its lighter moments. Take for instance “Mojo So Dope,” where Cudder’s carefree demeanor floats throughout the spaced-out melody. Separating his style from so-called peers he declares, “I live through words, not metaphors / So I pass to be the rest of the freshmen.” Cruising on brisk drums courtesy of The Cool Kids’ Chuck Inglish, Cudi treats “Ashin’ Kusher” like a down-to-earth version of “Cudi Zone.” Candidly going about his business, Cudi crassly admits, “Even if I do something unruly, I’ll be like, ‘Fuck a nigga I was probably zooted!’” A bit left field of his usual musical scope, “Erase Me” works from the straight pop-rock aesthetic to Kanye West’s venomous lyrics to Cudi’s vexing vocals due to the extensive verbal abuse from his ex.

What separates The Legend Of Mr. Rager from The End Of Day, besides theme, is the sheer intensity inserted into his new records. Whereas a track like “Pursuit Of Happiness” captured a blissful peak, “Wild’n Cuz I’m Young” aggressively shows off a darker side. Going into “fuck you” mode over a barrage of drums and trembling bass, the Cleveland native shows off his lyrical chops while staying within his element. Another standout track turns out to be “MANIAC”

. Teaming up with underground Hip Hop icon Cage, the two artists’ vibe off an eerily dark concept that is as haunting as it is engrossing. Where many thought this collaboration wouldn’t work, the two artists execute controlled insanity effectively.

It becomes a disappointment then when the tail-end of the album doesn’t carry quite the same focus. With little regards to vocal pitch, the erratic approach on “GHOST!” is punctuated by an unharmonious melody that becomes irritating. Then, Cudi builds up the audacity to finish with “Trapped In My Mind.” Musically, the record has legs. However, when Cudi apathetically remarks being trapped in his mind is “not that bad at all,” this very statement sounds sarcastic considering the struggles he seemingly endured throughout the album.

A tortured soul, yes, but one with ingenious capabilities, Cudi has taken his progressive style and in just two albums has turned it into a sound that no one would dare replicate. And yet as revealing as he is on Man On The Moon II: The Legend Of Mr. Rager, there’s no telling what creative elements his next project may hold. Rightfully so, even if Kid Cudi never traces back to Mr. Rager, the legend will still live on.