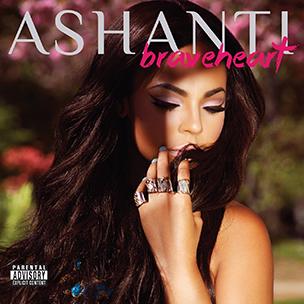 By 2004, established female R&B artists were suffering. Mya, Brandy, Ashanti, and even Janet Jackson weren’t breaking any records with sales or radio play. There was a shift. Female R&B artists were expected to be voracious vocalists with ranges that would give those listening goose bumps. That shift was Beyoncé. No matter the differentiations and nuances among the pool of singers, after her 2003 solo debut, the paradigm shifted. The successes were the exception. Alicia Keys was a virtuoso; a singer-songwriter with the ability to play an instrument. Later that year, Keyshia Cole would be the newbie on the block with a voice that was rough as it was melismatic. The angelic vocal thinness that was predominant in contemporary R&B for the decade before had waned.

On Ashanti’s latest album, Braveheart, the album title is a direct reference to Mel Gibson’s 1995 film by the same name. In it, the Scottish fight against the English, outnumbered and outmaneuvered. Ashanti likens herself to the Scottish declaring, “A lot of people counted me out and that feeds my hunger and ignites my passion…” This is her way of declaring a comeback. It’s been six years since Ashanti’s fourth album, The Declaration, 12 years since her debut, and 11 years since her last Top 10 hit. There’s really no other way to listen to Braveheart.

“Bangers” were never Ashanti’s thing (2004’s “Only U” being an exception and the one in Braveheart we’ll get to later) and that’s where her missteps arise on the new production, only because it’s questionable whether they play into her strengths. Producer Detail, throws his hat into the ring with “Count” where Ashanti’s distorted vocals linger with, “Baby, don’t make me count your money.” In a land where songs make babies, Rihanna’s “Birthday Cake” and “Pour It Up” met at the strip club to conceive inebriated. It terms of style, it’s the odd-man-out in the album along with the Rick Ross trap-inspired collaboration “I Got It.” Both don’t illicit jaw drops, and that’s what tracks like that aim to do. The main vocal duet, for example, comes in the form of “Love Game” with Jeremih. The production on the track is rich and the chemistry palpable, but not striking.

Not all collaborations fell flat. There’s a gem on the album, of the radio-hit variety, produced by DJ Clue. The bass-heavy slow-groove “Early In The Morning” features a singing French Montana, and it’s, hands-down, the best track on the album. More than just an ode to morning sex, Ashanti’s low register weaves into the subtly arranged verses and hits the mark capturing mood and effortlessness, “Early in the morning, I’mma have you moanin’.” “First Real Love” with Beenie Man is triumphant as it is hopeful and geared to get some club traction. Ashanti’s voice works well with the reggae production and Beenie Man’s, “Zagga zagga zagga zaaah.”

Traces of Ashanti’s debut linger with tracks that are sweet and demure. “Nowhere,” “Don’t Tell Me No,” and “Never Should Have” all contain a fully contagious melody coupled with songwriting centered on vulnerability and regret–it’s good R&B. In theme and vocal arrangement, Ashanti conjures memories of Mary J. Blige during her My Life era, when she sings, “I try to make it work but I just end up hurt” on “Runaway.”

Needless to say the female R&B paradigm continues to evolve. Even the game changers (again, Beyoncé comes to mind) have had to make adjustments in regards to their creative output. There’s a needed “wow factor” with every move made coupled with material that’ll elicit some emotional connection, the way Jhené Aiko’s latest Sail Out EP has done. “Braveheart” has a few of those moments that demonstrate sonic evolution and connectedness. Though it is concise and cohesive, more than any of Ashanti’s albums, it’s still marred with glimpses of wanted grandiosity at the expense of artistic revelation. Brave would have been sacrificing that wanted grandiosity.