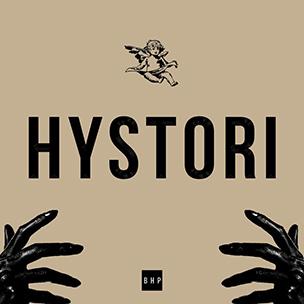 Over the last few years, Kanye West’s promising G.O.O.D. Music roster has began to hit its stride with rappers like Big Sean and Pusha T dropping respectable projects that highlighted their growth within the crew. Though CyHi The Prynce has been just as active within that same time frame, the Stone Mountain, Georgia native has gotten lost in the shuffle, unable to distinguish where he fits in the lineup. His 2012 mixtape, Ivy League Club and its follow up, Ivy League: Kick Back were both casual misfires, leading listeners to believe that while the Southern rapper could provide moments of brilliance, he was better off playing a position in the background as one of West’s best kept secrets. It’s a fair assessment, considering CyHi is credited for contributing to nearly all of Kanye’s songs on his critically acclaimed album Yeezus.

That’s fittingly where his new mixtape Black Hystori Project begins. As CyHi tells it, his nephew had plans to do a black history report on him, before his teacher explained the 29-year-old rapper wasn’t important enough for this particular school project. Smirk at the predicament if you must, but this news lit a fire in CyHi’s belly, who approaches Black Hystori Project with a laser focus that is undeniable. There’s no better example of this than on “Napoleon,” where razor sharp rhymes slide off his tongue with vicious intent over M16’s bruising production. His blistering bars here are aimed at those that ever doubted him, school teachers included, and over the course of five verses CyHi delivers what is arguably his best lyrical performance since Kanye West’s star-studded 2010 cut “So Appalled.”

Conceptually, CyHi keeps Black Hystori Project interesting by celebrating the legacies of individuals who were instrumental in the political and cultural advancement of African Americans. Names like Jean-Michel Basquiat, Huey P. Newton, and Nelson Mandela are held up in honor, and CyHi does a remarkable job sharing their rich history while also piecing together his own personal narrative in the process. His record “Cydel Young” (which is incidentally CyHi’s government name) touches on his early experiences in the streets selling drugs, as well as his dreams of becoming someone who was worth mentioning before he traveled six feet under. “I really wanted to be an athlete / So, it’s the Olympics every time me and the track meet / I’m so ahead of my time I’m fin’ to lap me / I know the lord is thy shepherd, though I’m the black sheep,” he raps with self-assurance.

In between his clever take on Reaganomics (“Bury White”) and his response to issues within urban communities today (“Is It Me”), CyHi The Prynce displays a lighter side to his personality on tracks like “February 29th” and “Guitar Melody.” It’s something he similarly did on both installments of Ivy League to mixed results, and his execution here isn’t all that convincing either. However, it’s clear that CyHi is making an effort to balance out his rugged demeanor with records that are fit for the radio, a commercial space that both Big Sean and Pusha T now occupy. The closest he gets is “Coretta,” which serves as a passionate ode to the love in his life. He trips up a few times with unnecessary metaphors (“For you I’ll go to church and get baptized / Girl your body drive me crazy like a cab ride in Manhattan”), but overall it’s a commendable performance that comes straight from the heart.

At a lengthy 18 tracks (interludes included), Black Hystori Project is a well thought-out piece of work that marks a distinctive change in CyHi The Prynce’s creative outlook. The flaws that previously hindered his progress have been addressed on this new mixtape, and if CyHi continues on this path, fans can raise their expectations for his debut album Hardway Musical.