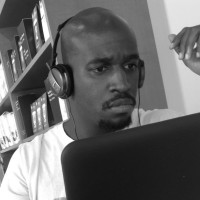 The build up to Yo Gotti’s latest album has been well documented and consistent, with the Memphis rapper having been all over the Internet and Hip Hop blogosphere in the last few months. He’s released successful singles featuring Southern powerhouses like T.I. and Jeezy, recently doling out vlogs of his “I Am” tour via WorldStar, and doing a ton of mainstream radio interviews after having recently inked a new deal with Epic Records.

With a nearly 15-year career in the independent music game to his name, Gotti is one of the preeminent Rap artists (or in his own words, “a street nigga who does music”) who have taken the hood hustler’s approach to making, selling and distributing music—as evidenced from his online bio, where Gotti is described as an artist that has gained respect for “speaking the truth on his records and being relentless with serving his product.” And since his early, independent releases, Yo Gotti has been a street artist perfectly molded for the 21st century Rap industry, focusing primarily on building his brand, creating a diehard movement of fans, packing out clubs throughout the South for live performances, and moving as much product as possible, whenever possible. That plan has worked nearly to perfection with slim to nil mainstream industry support, netting Gotti the very deal with Epic that he needs to increase his Dope Boy reach.

But, as with many of his contemporaries (and as I Am displays throughout its duration) the laser focus on constantly moving product makes his music suffer. While the title track is a cohesively stirring and tenacious intro to the project, it only serves to keep up appearances. “I Know” contains production directly inspired by Club Nouveau’s old school R&B classic “Why You Treat Me So Bad,” but contains a lazy hook by guest star Rich Homie Quan. This ultimately makes the tune listenable yet draggingly boring. And while “Pride to the Side” has a production quality that’s utterly dense, hazy and mournfully honest, Gotti strains to present himself as vulnerable and introspective. Anecdotes about infidelity and a friend who went from helping him move work to battling his own drug addiction only allow Gotti limited wiggle room to look inward at a few failed relationships. It’s an admirable attempt at a cautionary tale, but in the end, it’s not quite executed properly.

Much like his past music, Yo Gotti uses I Am to hone in almost solely on his trapper-to-rapper backstory, intentionally refusing to stray from the elements that have given him a people’s champ status in the streets. Nowhere is this demonstrated better than on “ION Want It,” where Gotti’s production once again fits firmly into a trap-bounce, call-and-response, repeat-immediately-upon-hearing aesthetic. It’s cool to ride out to, but also overly simplistic and achingly unimaginative. “Don’t Come Around,” featuring singer Kendall Morgan, actually contains stellar production, but suffers from repetitive subject matter—even though it’s probably one of the more well-crafted and ambitious songs on the album.

The main area on I Am where Yo Gotti seems to make an attempt at stepping outside of his hustler comfort zone is on “Respect That You Earn,” a tune where he unequivocally makes a point to let the females know they’ll need respect for self before they can have a chance at him. Featuring the talents of grown-and-sexy Hip Hop hook go-to-guy Ne-Yo and Maybach Music’s Wale, it’s musically opulent, plush and multi-layered. The track is complimented well by Ne-Yo’s falsetto and Wale’s spoken word, New Black Soul flow. Though maddeningly hypocritical and ironic, it’s also one of the more standout moments from Gotti’s latest venture.

He even finds redemption for his miscues on “Pride to the Side” with the exceedingly more impassioned “Cold Blood” with J. Cole. Gotti’s signature Tennessee rasp overlaying deeply felt strings and a foundation-shifting bass line coupled with painfully emotive stanzas by both emcees and Canei Finch’s abject, distraught hopelessness in the hook, make this debatably I Am’s most grim but finest moment. Instead of generic, “struggle Rap” platitudes, Yo Gotti taps in to the type of palpable pain that made him with the following:

“Lights off no candles, roaches all around the kitchen / Nigga hungry, mom embarrassed so she don’t want us to mention it / Grandma wanna help but mama ego kickin’ in / She a hustler, she don’t want no help raising her kids…”

Throughout I Am, Yo Gotti does a superb job of making certain that he connects directly with his core audience by investing most of his time in rattling off story after story and song after song of “reality Rap” and seemingly autobiographical trap music. The problem is that most times, while catchy and head-nod worthy for the moment (“Sorry”, “I Know”, “LeBron James”), and even with the exception of a few momentous tunes (“King Sh*t,” “Cold Blood,” and “Act Right”), the entire project falls short of being compelling or memorable for those not already familiar with Gotti’s work.

At the end of the day, I Am’s overall passable production and flashes of potency and strength keep it afloat for a time. And Gotti deserves commendation for his talent at bringing an explicit rawness, reality and affection to his autobiographical bars. But even those considerations aren’t enough to make this album worth more than a few listens, sadly relying on a continuous set of monotonous hooks and overly used trap beats that saturate a strong majority of current popular Rap music.