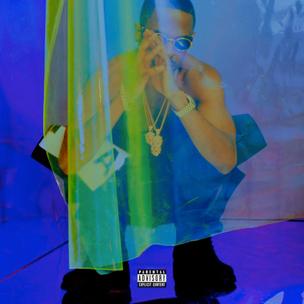 Ever wondered what the soundtrack to success might sound like? Chances are it would probably be similar to Big Sean’s Hall Of Fame. And why wouldn’t it? With the release of his Detroit mixtape, illustrious verses on Cruel Summer and a collab with pop supernova Justin Bieber, the past year has been exceedingly G.O.O.D. to Sean. Named one of the best dressed by GQ magazine, he even segued into fashion launching his own clothing line, Aura Gold, and releasing his own pair of Adidas.

The year 2013 continued to propel the 25-year-old rapper to new heights. Just this month, he and his girlfriend, Naya Rivera, of “Glee” fame, attended a party in his honor for selling 10 million singles. On the red carpet, he gracefully admitted that the game-shaking verse Kendrick Lamar laid down on his scrapped song “Control” outshined his, but expressed his rhymes also carried weight.

“I love my verse. I think I had some great quotables in there. I think I was going in,” he articulated lightheartedly.

The blatant truth is, Sean Anderson’s unwavering confidence has undoubtedly been the key to his fruition. Like Finally Famous, the breakout project that spawned major hits with Nicki Minaj, Kanye West and Chris Brown, Big Sean’s sophomore album is a celebratory tribute to the stardom and achievements he’s acquired due to his dedicated work ethic.

Hall Of Fame’s opening, “Nothing Is Stopping You,” is filled with violins and audience cheers sure to inspire listeners. “What you know about having faith / In something you can’t see, tell me how much do you believe / What you know about feeling something you can’t even touch?” he asks. A proponent of the law of attraction, he introduces recurring themes on the album including sincere gratitude and manifesting one’s thoughts through the power of positive thinking.

He credits living his dreams to his overzealous hustle on the bountifully soulful “Fire,” “It’s Time,” featuring Young Jeezy and Payroll and “10 2 10,” in which he facetiously brags, “I woke up working like a Mexican” and has “three jobs like he’s Jamaican” over a menacing beat co-produced by No I.D., Travis $cott, Young Chop and childhood friend Key Wane. His frequent flashbacks to growing up in Detroit make the album delightfully autobiographical.

Exalting Biggie as the first emcee to popularize jewelry in Hip Hop, he and Nas share the joys of attaining wealth on No I.D.-powered “First Chain.” Despite recently departing from G.O.O.D. Music, Sean enlisted friend, Kid Cudi, as well, but his discordant moans throughout the track devitalize its power.

Sean laments about relationship drama on single “Beware,” but the farewell song dedicated to his ex “Ashley” featuring Miguel is painfully bittersweet. He attributes his ex-girlfriend’s love and support to shaping the very core of his being and admits infidelity led to the long distance relationship’s demise.

“Sorry when you put your faith in me I was unfaithful, disgraceful, distasteful,” he apologizes over beautifully heartbreaking piano chords.

On the heartfelt “World Ablaze,” he empathizes with the pain of comforting those bearing the cross of illness, and he shares words of wisdom on “All Figured Out.”

“We create this world so we make what exists / It isn’t about the award, it’s about the award of being immortalized,” he remarks sincerely. The tracks display his human side and make him extremely amicable.

As a whole, the feel-good album’s set of eclectic beats doesn’t disappoint, but it lacks diversity. Most of Sean’s content still teems with predictable material risking leaving listeners disinterested. The deluxe version of the album features bonus tracks including a solid remix of “Mula” with 2 Chainz and Meek Mill; however, it totals a lengthy 76 minutes. Random skits also slightly interrupt the flow of the album, but if you’re looking for motivational music centered on the money, the cars, the clothes and hoes, this album is sure to get plenty of replays on your iPod and local radio stations alike.