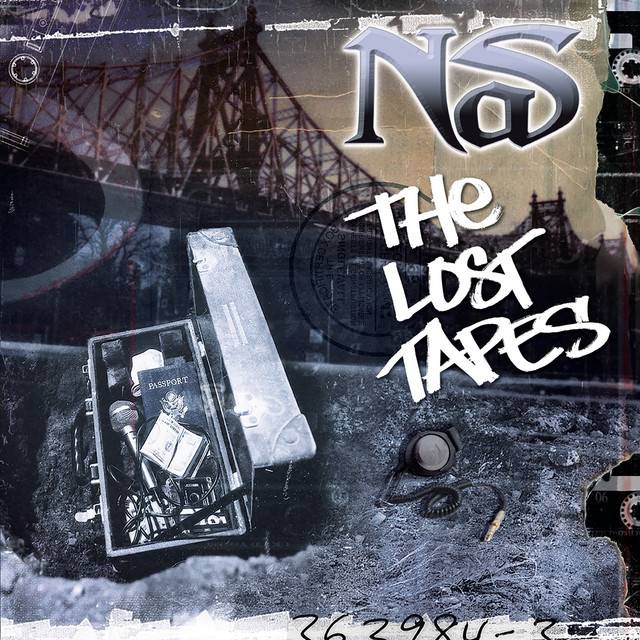 Nas, in my humble opinion, is one of the most inventive lyricists in the rap game. His ability to use the ghetto vernacular to paint spectacular visions of realism is often over looked and downplayed. Perhaps he too believed that these tales, designed to cause a thug to wax nostalgic, were not what the people wanted. As a result of this alleged aversion to the soulfulness of Hip-Hop, Nas placed some of his most moving tracks back in the can.

When were the cuts that make up Nas’ The Lost Tapes composed? One cannot tell for sure, but they feel like they were made between his I Am and Stillmatic albums, perhaps they were even made before that. One thing is for sure, the set as a whole has a crisp, laid-back feel to it; conforming to the ear’s palate like a Yankee fitted takes the head’s shape or like a throwback jersey fits the torso. The first track on the album is titled “Doo Rag,” a piano propelled painting of time and space as seen through the third eye of Nas, which can easily be envisioned by any New York City dweller. Another cut that features a piano style track as well as funky horns and a driving beat is “My Way.” Nas’ tells of how he rose out of the crumbs of the slums by pursuing a dream with reckless abandon.

“U Gotta Love It,” the third joint in the sequence, is not as emotionally moving has the others but it’s not wack either. To be real, it’s kind of vintage Nas…or should I say typical Nas. It’s just what we have come to expect. “Blaze A 50” brings us back to the style reminiscent of his Escobar persona. It is a tale of greed and destruction. “Everybody’s Crazy” is nothing special, but “Purple” is that NYC style groove that you can really appreciate while cruising on the Westside highway, spying the lights on the Jersey side of the Hudson River. It is very reflective and moving. “Drunk By Myself” fits in the same mode and creates a similar mood. “Black Zombie” is a call for Black renaissance and reevaluation. It is a bit preachy, but true…so true. “Poppa Was A Playa” is a shout out to a disruptive father figure and how his perspective of him changed as Nas got older. A respectable effort. “Fetus” is a hidden track in which Nasir Jones develops from a new seed to a child. Once again we are treated to his descriptive talents.