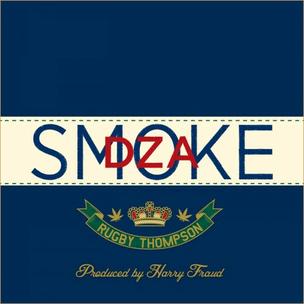 Smoke DZA kicks a pair of compelling narratives on “Playground Legend.” The first tells of a talented emcee whose arrogance fuels his eventual self-destruction. The second feels like the cousin to DZA’s “On The Corner” verse (from his 2011 release, Rolling Stoned) about that basketball star who squanders the block for The Block. Both are common, arguably stock tales of the inner city’s unmet promise. A dream deterred and whatnot. But the way the Harlem lyricist forces a visceral connection to each tragic character is exceptional, and an appreciated distraction from a plot battered in convention. Toss in Harry Fraud’s distressing Jazz horns and vintage bass lines, and what’s left is a potentially timeless song. “Playground Legend” is a talisman to the chemistry Fraud and The Kushed God maintain throughout Rugby Thompson – a standout collaboration between two front runners of Rap’s new-New York.

Somehow Rugby Thompson manages to champion its diverse sensibilities without cajoling for mass appeal. “Ashtray” – featuring ScHoolboy Q and Domo Genesis – extols those syrupy Houston chopped and screwed intonations gone national in recent years, for example. To a lesser degree, the same can be said for “Game 7” (featuring A$AP Twenty). On the flip side, “Kenny Powers” is not only spotted with nostalgic one liners like “…old ass Bucks / Terrell Brandon,” or the noxious hook, “Chase the chicken / Kenny Powers / Chase the chicken…” – but also thumps like a quintessential New York club anthem. As if it would go hard in The Tunnel or something. Where DZA ably unrolls his Ma$e-flow over “Baleedat’s” (featuring Curren$y) airy pimpery – harkening to the Harlem World classic, “I Need To Be” – the Sean Price-assisted “Fuck Ya Mother” feels like a Brownsville-certified, purposely disrespectful “Flight of The Bumblebee.” From beats to rhymes, nothing sounds forced. Nothing sounds contrived. Smoke DZA and Harry Fraud rock their range like a pair of Sperrys.

If there was ever an inkling of incredulity on how focused The Kushed God is on building his lyrical reputation, “New Jack” and “Prelude To Judgement Day” drop like drone attacks on any wandering seed of doubt. The former boasts a matured, double-time flow over Fraud’s terrorizing backdrop. The latter, a personal statement on his growth and labor:

“I came from nothing to something / Work hard for my spot and I ain’t budging from nothing / I made it pop when they was thinking I wasn’t / Like, I ain’t that nigga, shit, these niggas is buggin / I don’t hate / I multiply the figures / I inspire niggas / Go ‘head, get higher, nigga…”

Rugby Thompson is a great listen, largely. “Rivermonts” and “Game 7” feel like filler next to the rest, and “Lo Horsemen” is a bit cumbersome for such a clean collaboration. Those aside, Smoke DZA and Harry Fraud deliver a solid collection of songs that grow more interesting on repeated listen, basking in an evolved sound equally representing vintage and avant-garde New York Hip Hop. Welcome to the new era. 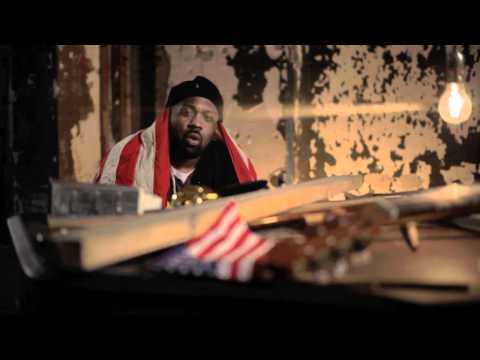