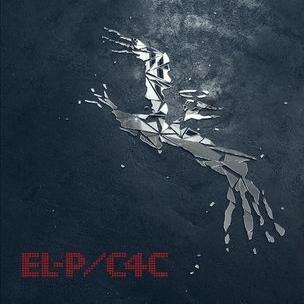 “Off that Mobb Deep shit had me saying ‘dunny.'” That’s Danny Brown, the shrill-strung, wild-haired Detroit rapper who guest spits on the song “Oh Hail No” alongside Crown Heights’ unruliest, Mr. Muthafuckin’ eXquire. Brown’s line appears half-way through his verse. It’s not as ear-grabbing as, say, his brag about being “Inspector Gadget with the ratchet,” but it resonates like a snug key to Cancer 4 Cure, El-P’s third solo album. After you pick out the nuggets of Rap nerdery or nostalgia – in this case arcane Queensbridge slang of a certain vintage – the album becomes defined less by the power of its fearsome production and starts to sound more like the lyrical and beat-making musings of a thirty-something Hip Hop junkie.

These sly nods to Rap songs of years past pepper the album: A Camu Tao vocal grab propels “The Full Retard,” a piano riff that comes off like a bastard relation to Kool G Rap & DJ Polo’s “Road To The Riches” pulses through “Drones Over BKLYN,” while horn stabs most memorably heard back during the Bridge Wars pep up the Killer Mike-assisted “Tougher Colder.” Lyrically, El’s rhymes stay prickly – “I’d sooner wash my dick in acid that ask what you think,” he politely offers at one point – but also channels oversized gold rope ambassador Slick Rick to arrogantly advise “lick the balls.” There’s even a track that, ye olde linguistic roots aside, seems named for a Big Shug 12-inch, “The Jig Is Up.”

Sure, you can talk about the usual cliches that are regurgitated in reviews of every El-P project – densely-layered dystopian beats! Sci-fi concepts! A song featuring Paul Banks from Interpol that seems destined to be liked by Indie Rock kids! – but Cancer 4 Cure’s essence seems to present itself more as an album for people who’ve swaddled their lives in the liner notes of Hip Hop music. Elitist as it might seem, it’s a Rap album that sounds better if you can name most of the Gang Starr Foundation. Shrug.