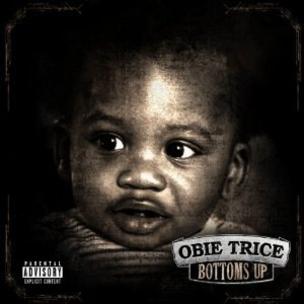 Given the fact that his 2003 debut, Cheers, hit the platinum mark, Obie Trice is perhaps the most overlooked artists of the early Shady Records era (“1.0,” if you will). While Eminem’s influence on Cheers was a little heavy-handed, Trice successfully introduced himself as a clever, abrasive, and skilled lyricist with a bright future. Mr. “Real Name, No Gimmicks” lived up to his potential on his 2006 sophomore set, the outstanding Second Round’s On Me. Incorporating lessons learned after nearly being killed by a shot to the head, and displaying a knack for picking a lush sound bed on which to rhyme, things looked bright indeed. However, the relationship with Interscope soured, and it was no long Jimmy Iovine time. Six years and countless delays later, Obie presents the third in his bar-themed album series: Bottoms Up.

On the album’s opener, Obie Trice does something that seems to be rare these days: he graciously thanks the fans, Shady Records, and his label mates. His rhymes indicate that, even after collaborating with some of Hip Hop’s biggest stars, the listener is still hearing a regular guy. “Richard,” which features Eminem, is supposed to be the record that steals this show, but given Obie and Shady’s collaborative history, it’s quite a disappointment. The cut fails to match the standard set by the 8 Mile OST’s “Love Me,” Cheers’ “Hey Lady,” or Second Round’s on Me’s “There They Go.” The beat is limp, and Em continues his recent inclination to substitute technical acrobatics rather than deliver a hard-hitting verse. In the abstract, it’s not a bad song; the problem is, both emcees can and should do better.

“BME” features some interesting horns, but is a rather pedestrian “rep your set” joint. “Battle Cry” is far more interesting, as Obie meets the urgency of the keys he rhymes over: “O.Trice, back at it / I ain’t never came wack, all I ever gave’s crack / All I ever gave’s back, ain’t a human being on this earth that can say opposite that / You can misconstrue what he do ‘cause he cruise in an automobile or two, I know how to trap / I know how to double up, then double back / No matter the circumstance, he emerge from that.”

“Secrets” is a grimier spiritual successor to Dr. Dre’s “Fuck You,” and “Spill My Drink” is a moment of self-reflection for Obie, as he wisely muses, “a boat without an anchor is a boat that’s gon’ sail.” “Spend the Day” isn’t an entirely failed instance when a hardcore emcee kicks game to the fairer sex, but Drey Skonie’s hook is laughably bad. The late MC Breed pairs with Obie on “Crazy” for a little bit of Detroit home cooking, and on “LeBron On,” O draws a few telling comparison between himself and King James: “same folks that loved me wanna bury me,” he claims.

Anyone that’s followed Obie Trice’s career knows that the Well-Known Asshole is one of Hip Hop’s most underrated artists of the past decade. Unfortunately, Bottoms Up does little to remedy that. Despite boasting production from the likes of Dr. Dre, Statik Selektah, and Eminem, very little here distinguishes itself here on the production side. Further, Obie sounds much less focused, both in terms of the actually rhymes and the direction of the album. Cheers was the album that essentially told Obie’s life story, and introduced his irreverent sense of humor to those outside of Detroit. Second Round’s On Me contained more perspective (and really showed that Obie had a great ear for production). Maybe not having that Shady Records budget harmed this project, or maybe being delayed for so long is the appropriate culprit. Whatever the reason, Bottoms Up is merely adequate, which is not the standard that fans of Mr. Trice have come to expect. 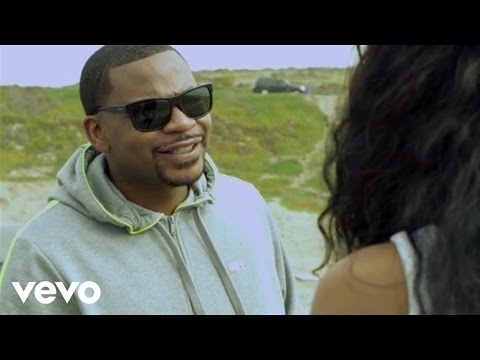