Mayday! - Take Me To Your Leader

Mayday! never meanders on their latest release, Take Me To Your Leader. They never waste space rambling ad nauseam about their grandiose talent or how they’re out of this world or on another planet or any of those other astronomically overused metaphors. They never toss trivialities seemingly just trying to rhyme; just trying to be cool. Quite the opposite, really. TMTYL was designed with more in mind than just crafting an entertaining collection of songs. It’s an album loaded with conviction. It’s an album that actually means something.

The Miami-based, six-man band unleashes 19 tracks of manifold sound beds shifting easily from subdued to frenetic. Rap/Rock hybrids often wither from the weight of too much rock and not good enough raps (or vice versa). Somehow, Mayday! evades both. Plex Luthor, Gianni Ca$h, L.T. Hopkins, and Nonymous command a range of swing step rhythms and thumping bass lines at will, while Bernz and Wrekonize drop truth bombs like Tracy Morgan. “Everything’s for sale but you never really own it / I used to have it all now I’m rolling with these roaches,” goes the hook on “Roaches,” aptly harnessing the spirit of the America that credit killed.

TMTYL rollicks in these types of reality raps. Where “Highs & Lows” (featuring Ace Hood) tackles escape through addiction (“Feel like I’m safer blowing smoke than giving a fuck”), the Murs-assisted “Hardcore Bitches” – with its guitar riffs and marching bass – rallies like a battle cry for ride or die chicks. “Due In June” is told from the perspective of an unborn fetus wishing to be aborted. “June” finds that same fetus, 11 tracks later, after it’s changed its mind, now pleading to be born. Who else dares to include songs like these?

The rumbling “Last Days” (featuring Krizz Kaliko) captures the conflicting archetypes of a society brainwashed by hubris and Hublots yet surrounded by record unemployment and dwindling civil liberties. “These are the last days / Drink up get blasted / We know it’s over so we sport the highest fashion,” chants BernBiz on the hook. “…We celebrating ‘cause the end is finally happening.”

Both Bernz and Wrekonize do a stellar job of loading TMTYL with visceral quotables and unexpected rhyme schemes. Take Bernz’s scathing verse on “Everything’s Everything,” for example. “America’s gonna eat its young,” he raps. “Drive thru / Deep fried, bitch, that’s what you want / Like I don’t feel them cause they shit don’t bump / They underestimate that army I been steady raising up. See I just learned / My heroes are a bunch of punks.” The content is weighty, yet always catchy, always flowing over undeniably danceable backdrops. It’s like an hour and ten minute long counter intelligence program basking in tragic revelry, strategically targeting both Occupy Wall Street and Top 40 radio. Literally, there’s something here for everyone without compromising anything.

Other than a couple of mundane offerings (title track, “Take Me To Your Leader;” “Badlands” featuring Tech N9ne, ironically [no fault to Tech’s dwamtastic stanza]), TMTYL is exceptional. It’s thought provoking, extremely well written, relentlessly challenging propaganda swallowers at every turn – a rarity in an industry resembling an overcrowded kiddy pool where everyone is giddily swimming in piss. “This is the people’s message, now,” rips Wrekonize towards the end of “Everything’s Everything.” Thankfully someone is speaking up. 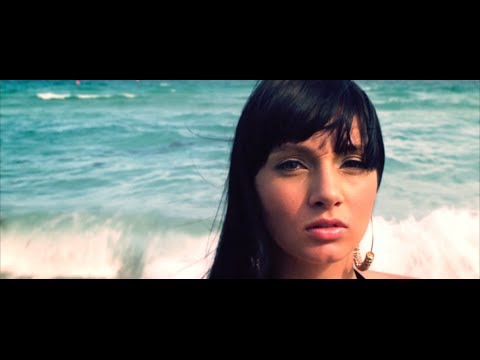