Strangeland sounds like it’s actually a real city. Littered with undeniable soul, wildly diverse personalities, scenic bridges, and rambunctious tracks rumbling as if an actual freight train was racing on top of them – Tech N9ne’s fourth release of his “Collabos” series, Welcome To Strangeland, is more than just music. It’s tangible.

It’s impossible to not connect with Tech’s perspective, because his visceral commentary and bombastic array of styles and cadences are always rooted in the real. That’s been the case throughout his decade of underground dominance and absolutely lifts the best parts of WTS. An ingrained spirituality floats through “Unfair”

(with Krizz Kalliko and Kutt Calhoun) – sometimes reverential to a higher power; sometimes directly questioning it’s existence. “Now, I say God because I’m programmed / But I believe in none / I see no interventions and I see no Holy Sons,” croons ¡MAYDAY! on “The Noose,”

a solemn ode to wounded soldiers. N9ne drops some of this project’s most reflective bars:

“Why we got it so good ‘cause it’s so rough / For the young soldiers who / Do exactly what they’re told to do / Damn / Do exactly what they’re told to do / Defend their country and uphold the crew / But give my one and only soul for you / That’s a helluva job description / I don’t know if my God’s with this one / But I guess it’s the laws of sick men / Send out youngin’s and they fall the victim / Of an evil clans plan / That’s why I be saying blamm! / ‘Cause on 9/11 I realized the fate is in another man’s hands.”

somehow incites sympathy for a man struggling with too many women tossing panties his way, “Sad Circus” (featuring Brotha Lynch Hung) extends on that love lorn, tortured-artist motif without ever creeping towards conventional. N9ne transitions from deep to shallow, complex to comedic like few ever. But what else is expected from an emcee who improbably rhymes The Jetsons’ PG-rated ditty, “Eep Opp Ork Ah-Ah” with raunch like “…Then get horizontal and I’ma beat up your na-na” (as he does on the title track, “Welcome To Strangeland”)?

What’s most appreciated about this “Collabo” album is that it doesn’t flow like stock collaborative releases. It doesn’t collapse under the weight of too many, poorly-utilized features. Jay Rock, Brotha Lynch Hung, ¡MAYDAY!, Krizz Kalliko and the rest of Strange Music’s talented roster are all deliberately placed and impossible to ignore, never detracting from WTS’s cohesiveness. Sure, “Bang Out” and “Won’t You Come Dirty” sit somewhere between filler and faulty, and “Kocky”

sounds like a bootleg beat by Dre, but that’s chump change. At an hour in length, this LP still feels short – complete with enough side streets, segues and volcanoes in the distance that never detour from interesting. Welcome to Strangeland. Drive slow, homie. 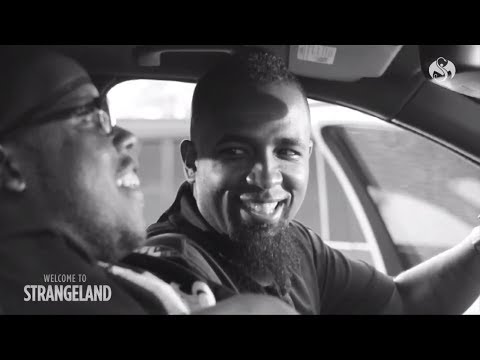