Tech N9ne recently chopped it up with Karen Civil in anticipation of his upcoming collaborative album Welcome to Strangeland, releasing November 8th. During the interview, he spoke on being included in the 2011 BET Cypher, explaining that the opportunity gave him a platform to show the world who he really is.

He also touched on the downside of becoming well known in the mainstream world, referring to several incidents that made him want to maintain a low profile.

“Backlash, not yet. But there are certain things that happened on my last tour that never happened before. Like, my homeboy MJ was shot in Reno, Nevada, lost his life. The first time anybody ever died on a Tech N9ne tour. Somebody got stabbed at my show in Fort Collins, Colorado, first time that ever happened at a Tech N9ne show. And it made me think that if this is what fame is going to bring, then I don’t fucking want it because for 11 years, it’s been nothing but good things. But it’s just ignorant people and not fame.”

The Strange Music honcho commented on Lex Luger’s production, explaining that he rapped over similar beats as far back as 2007’s Misery Loves Kompany.

“I was doing beats that was like that with dudes down south in Alabama and Atlanta,” he said. “So when I hear beats of that style, I’m like, damn, I was on that. Back then! Because they always said I was ahead of my time. So when it comes out, I be like, damn, we had something kind of like that! But great minds think alike. So when it comes out and I hear it, I’m like, oh. I felt the same thing about ‘H.A.M.,’ mixing operatic shit with deep bass. We been doing it since we started. So when it finally comes out, we’re like, we’ve been there. But that’s not stepping on anybody’s toes or nothing. That’s just the cockiness in us, I think.” 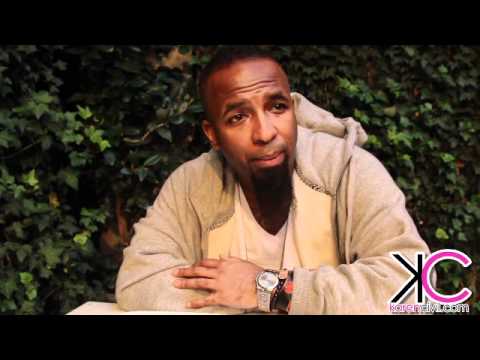