The Promise continues Freestyle Fellowship’s undeniable legacy of being torch bearers of the culture. The super crew (consisting of Aceyalone, Myka 9, P.E.A.C.E., Self Jupiter and DJ Kiilu Grand) – which ushered in a new era of artists, styles and approach to music – manage to deliver a project that escapes comparisons to their debut To Whom It May Concern. It may be in part due to the disparity between release dates or to the organic shift musically; whatever the reason, The Promise is by all means a reintroduction to one audience and an introduction to another.

The Promise is at times direct to a fault, causing a group of dope emcees to become a product of failed content. “Daddies” is a track that deserves a place within the culture, but between a handful of lines that miss the mark and shaky production, it becomes a black eye on the project. “Candy” features a soulful track and hook, but cliché content and themes ruin any possibility of it being memorable for the right reasons. The Everlast inspired “Popular” sees a sincere attempt making way to a generic delivery. Whereas less experienced groups may get a pass for the occasional mistake, Freestyle Fellowship’s catalogue has demonstrated that they have the ability to be near perfect.

the group instructs haters, fake deejays and just about everybody else to take heed to the tracks title. It’s this confidence that allows the Fellowship to bully its way into another decade. The legendary diversity of styles, cadences and egos ends up being the projects gift and curse. While at times the group meshes perfectly over a track like “We Are,” or the dope “Government Lies,” they can then be on different planets on tracks like “The Write Here,” where the time away from the studio is apparent. In the early ’90s, they were a cipher driven crew, and the back and forth slash one upsmanship that was present on early efforts isn’t seen as frequently as needed.

The end result of The Promise sees a legendary group that can still deliver inspired music. “Gimme” is a track that no other artist in the world could remotely pull off, and “Introspective” lives up to expectations and the group murders a dope beat.  Unfortunately, as inspired as the project is, The Promise has several blunders that prevent it from ever reaching its full potential. While Aceyalone and company turned Hip Hop on its head 20 years ago, they fail to bring that same creativity to the table on The Promise. Nothing remotely approaches the artistic masterpiece of “Park Bench People” or “Cornbread.” Their heart is in the right place, but at times their pens are not. Ultimately, despite some missteps, they prove what they promised 20 years ago: that they won’t fall off. 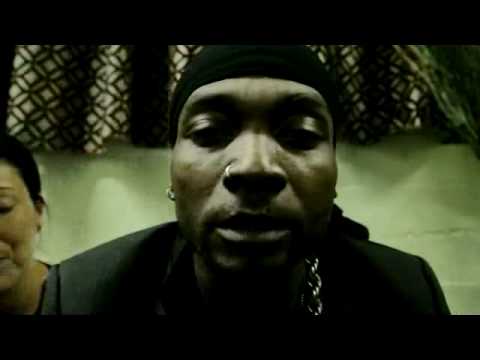